Once called Panteon Santa Paula, el Panteon Belen was one of the first cemeteries in Guadalajara, Jalisco. It was built in 1846.

One of the most famous legends of the cemetery, is that of Nachito. Ignacio Torres Altamarino, better known as Nachito, was a little boy with a deadly fear of the dark. His date of birth and exact age are unknown due to record keeping of the time, but his death occurred on May 24th, 1882. Though it is believed he was under 4 years old, maybe even 1.5.

He could not sleep with the lights off and on the night of his death, there was a terrible storm, and the wind put out all the candles in his room. The fear caused him to suffer a heart attack. For 10 days after his burial, his coffin was continuously found outside of the grave. His parents believed that even after death their son was afraid of the dark. So they built this thing to go over the coffin, so that it would allow light to reach the coffin, as well as building 4 stands that would allow for torches to be placed around the grave.

The story spread and soon, the people of Guadalajara began leaving toys and candy as offerings on his tomb. Paranormal investigators often seek his ghost and have caught giggles, the words “quieres jugar conmigo (do you wat to play with me)” on EVPS and a child like figure has been seen running in some clips online.

Jose G Castro was a 29 year old doctor when he passed away on June 9th,1861. He was adored by his patients and after his death, many continued to visit his grave and ask for a consultation.

According to legend, if you go to his tomb at 12:00 PM, pray and ask to be checked, you will be healed of your disease. 150 years later and his tomb continues to be full of offerings and visitors.

In 1996 and 2002, an apparition of a monk was seen in the cemetery. In 1996, a couple was taking wedding pictures (the architecture of the cemetery is beautiful, so this was a common thing to do) and in one picture, a monk, in a brown robe, holding a crucifix, is seen clearly, but no one recalls seeing him. In 2002, someone was recording, when the figure is seeing walking, again, wearing a brown robe and holding a crucifix. Despite being caught on tape, not everyone there remembers seeing it, nor did any other cameras capture him at that moment.

Next to the cemetery, there used to be the old "hospital civil" (I believe it's the same one we talk about in our episode about the legend of La Monja Del Hospital Civil).

A sick young man found himself in this very hospital.  He had cancer and was always there. He was losing hope, nothing got rid of his pain, though his mom tried to keep spirits up. Doctors told him there was nothing else they could do and that night, while he slept, his mom left a picture of her favorite Saint in his hand. When he woke up and saw the picture, he was furious and told his mom to leave him alone, and that he wanted nothing to do with God. That night, his body was found hanging from a tree outside of his window, the tree is in the cemetery. Now only a stump is there, and it is said that at night, if you look at it, you can see his shadow hanging there.

When the hospital still had patients there, those who stayed overnight, in the wing next to the cemetery, reported knocking from the windows facing the cemetery, no matter the floor. When they looked, nobody was outside.

This legend takes place in the 18th century, when Mexico was still under Spain's rule. A man named Jorge moved from Europe to what is now Guadalajara & bought an hacienda, with hopes of settling in and making friends. However, something wasn't right and no one liked him. Soon after he arrived, townsfolk began noticing their animals were dying and all were found to be have their blood drained. One night, some of them decided to investigate what was doing this and were hunting at night. Much to their surprise, they found Jorge, biting at the neck of an animal.

They were shocked and tried to chase him but he was too fast and got away. They didn't know what to do, but they decided to surround his hacienda and drive a stake through his heart. As he was being stabbed, Jorge cried out that he would return one day and get his revenge.

He was buried in El Panteón de Belen, but something strange began occurring over his tomb. A tree began to grow and the townspeople began to believe that the day the tree grew too much and tore, would be the day Jorge would return for his revenge.

Another version of this tells that a bruja told the townspeople they must stab Jorge in the heart with a stake made from un Arbol camichin and they did. After they buried him, they placed a giant rock over his tomb, to prevent him from escaping. The rock caused a break and the camichin branch began to grow through the cracks. The tree is still there, at least 15 meters in height and the day it falls, he will return to terrorize Guadalajara. You can see the tree for yourself, tours are in Spanish though I've heard that they do them in English at certain times, there's also nighttime ghost tours. You can't take pictures unless you pay 250 pesos. It also has very good reviews, aside from like a few angry Americans that missed the English tours and didn't want to pay the extra fee to take pictures. 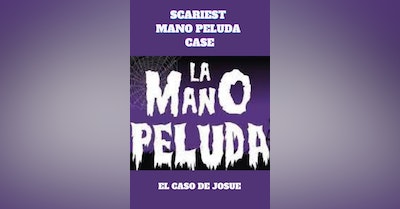