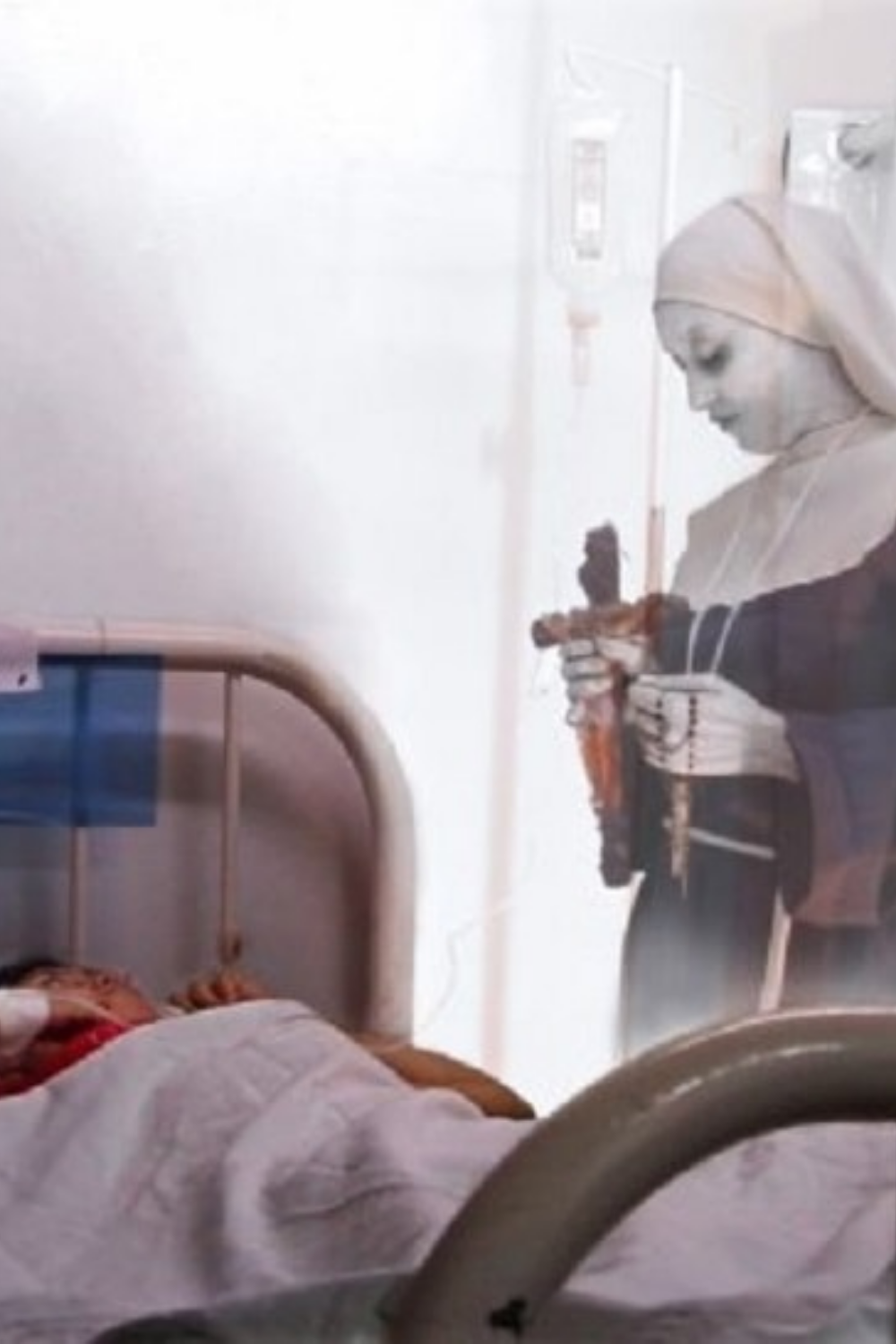 This is a very well known legend in Guadalajara, Mexico. It is the story of “La Monja de el Hospital Civil” or “The nun of the civil hospital”.

Construction for the hospital began in 1787, but it didn’t open it’s doors until 1794 and for many many years, this was the biggest hospital in the country of Mexico.

Not too long after her death, patients began saying that during the night, a very nice nun would come to their assistance. Many patients vividly recall having conversations with this nun.

One man, Alberto Romero, recalls seeing her when his sister was in the hospital, after a fall that caused her to go into a coma. He says “No one was giving me hope, not even the doctors. One night, I arrived to take care of my sister at 10 PM and around 2 am, I went on a walk in the hallway, when I returned to the room, I saw a nun at her bedside, when I walked in, she walked next to me, with her head down and after a few seconds, I thought, maybe she can pray with me, for my sister, so I went to look for her, but there was no one there. It was strange because it was only a few seconds. I was confused, and also a bit scared, so I went to the nurses, to ask them about the nun. They began to ask me, where did you see the nun? Was it at the head of your sister, at her feet? Where? I told them, at her head and they said to me, “your sister will be saved” and then they said to me “many have seen this nun, when she is seen at a patient’s feet, this patient will not make it, but when she is seen next to patient’s head, this patient will survive”. I didn’t believe the nurses, since I did not believe this kind of stuff, but 15 days later, miraculously my sister recovered and it was time to go home. I felt a sense of peace when I was in the presence of this nun, my sister is a clear example that the nun of the general hospital is real”.

A young lady, Fermina, was feeling insane abdominal pain and asked her mom to take her to the hospital, the closest hospital was the hospital civil, in Guadalajara. So they went, and she was admitted and underwent surgery to remove her appendix. After her surgery, she awoke to find herself in a different room and in pain. She looked up and saw a nun, she seemed out of place, as her outfit seemed really old. Fermina recalled hearing that nuns no longer worked at the hospital. So she sat there, watching as this nun stopped by every patient’s bedside and prayed. She saw this happen every night that she was at the hospital. She asked the nurses about this but they avoided her answer. Later, at night, Fermina went to shower and at the shower, she saw what appeared to be a woman showering, except, water wasn’t coming out of the shower, it was blood and the woman had no eyes, instead, it was just a black hole. Afraid, she went back to her bed and asked the patient next to her if she had seen a nun too. The patient said yes, I see her praying for everyone, so they get better faster, but that nun is dead, she does not walk between patients, she floats and her face is that of a skull. Fermina felt that she needed to know the truth, and that night, she stayed awake and waited for the nun. Like clockwork, the nun came and Fermina followed, shocked, she saw the nun floating, and the nun turned around, and Fermina saw her skull face and missing eyes. She was so afraid, she ran to her bed, grabbed her belongings and dismissed herself early from the hospital.

If you have family from Guadalajara, Jalisco, Mexico, it is likely someone in your family has seen the nun.