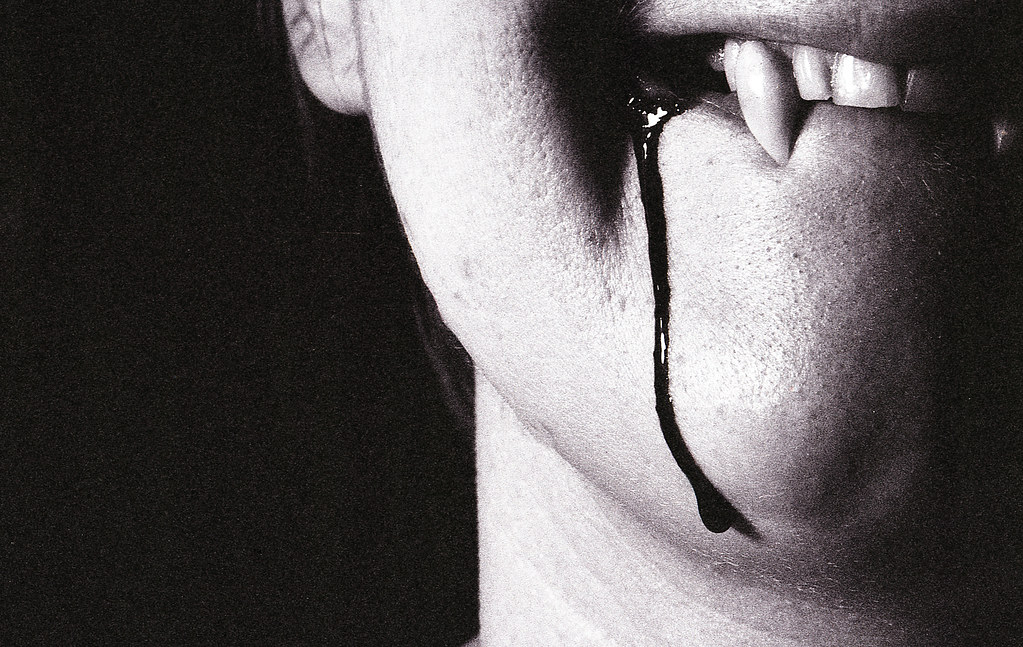 Vampires! Here are some vampire legends from Mexico and Peru, since it’s a lot easier to find vampire stories focused on Europe. Read them below or listen to our episode on vampires in Latin America. 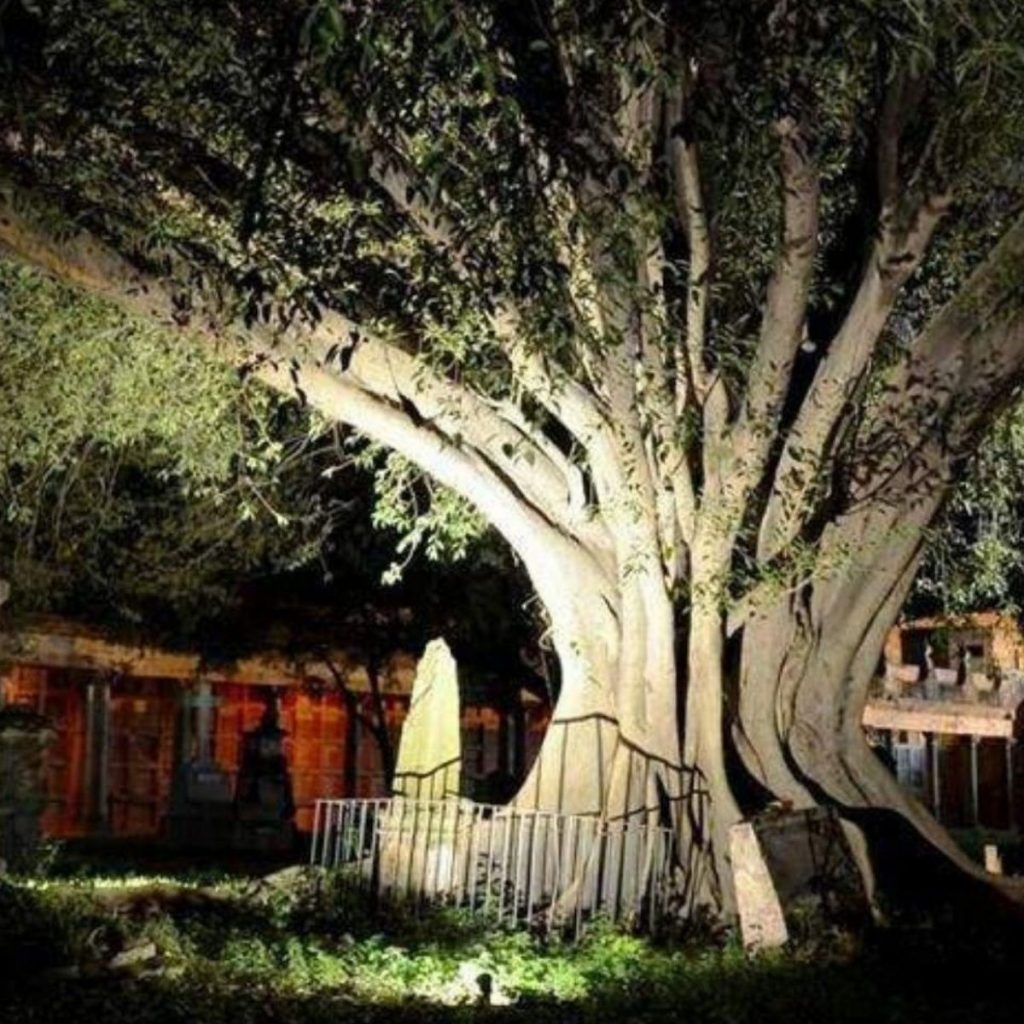 El Panteón de Belen, a cemetery in Guadalajara, Jalisco, Mexico is full of amazing legends and one of these legends is that of the vampire's tree.

This legend takes place in the 18th century, when Mexico was still under Spain's rule. A man named Jorge moved from Europe to what is now Guadalajara & bought an hacienda, with hopes of settling in and making friends. However, something wasn't right and no one liked him. Soon after he arrived, townsfolk began noticing their animals were dying and all were found to be have their blood drained. One night, some of them decided to investigate what was doing this and were hunting at night. Much to their surprise, they found Jorge, biting at the neck of an animal.

They were shocked and tried to chase him but he was too fast and got away. They didn't know what to do, but they decided to surround his hacienda and drive a stake through his heart. As he was being stabbed, Jorge cried out that he would return one day and get his revenge.

He was buried in El Panteón de Belen, but something strange began occurring over his tomb. A tree began to grow and the townspeople began to believe that the day the tree grew too much and tore, would be the day Jorge would return for his revenge.

Another version of this tells that a bruja told the townspeople they must stab Jorge in the heart with a stake made from un Arbol camichin and they did. After they buried him, they placed a giant rock over his tomb, to prevent him from escaping. The rock caused a break and the camichin branch began to grow through the cracks. The tree is still there, at least 15 meters in height and the day it falls, he will return to terrorize Guadalajara. You can see the tree for yourself, tours are in Spanish though I've heard that they do them in English at certain times, there's also nighttime ghost tours. You can't take pictures unless you pay 250 pesos. It also has very good reviews, aside from like a few angry Americans that missed the English tours and didn't want to pay the extra fee to take pictures.

Vampire legend from the Mexican Revolution

This legend takes place during the Mexican revolution, during which it was perfectly normal for people to see piles of dead bodies in the streets. However, it was not normal for these bodies to have two holes in their necks and have all their blood gone. Surprised and shocked by the bodies they found, two generals asked their troops to investigate the nearby houses for anything suspicious. Sure enough, one troop of soldiers found a house with an insane amount of jars, full of blood.

They were tasked with staking the house and just when they thought no one was going to come, they heard very loud flapping. They watched as this figure with wings turned into a man and walked up to the house. The general ordered his troops to open fire, and although they were terrified, they did just that. The man fell, sprawled right in front of his door and when the soldiers approached, he said “there’s more of us and they will come for all of you”. The soldiers were frozen in fear, but the general walked up to the man, pointed his rifle at the man’s heart and fired. Though they had killed this man, bodies with holes and void of blood continued to show up. To this day, it is said vampires remain in Mexico.

The Pishtaco is a Peruvian vampire that is unlike other vampire lore. The Pishtaco drains fat instead of blood. According to legend, the Pishtaco is a man-like monster from the Andes. He is a stranger, often described as a white man who kills Indigenous people for nefarious cannibalistic purposes. Stealing their fat, cutting them up and making them into chicharones (fried pork rinds... or fried human rinds in this case).

The word Pishtaco comes from the word ‘pishtay’ from the Quechua language meaning to behead, slit throat, or cut into pieces. Pre-Columbian Peruvian cultures held ‘fat’ in such high regard they had a deity for it called Viracocha, which means sea of fat. They viewed excess fat as a sign of wealth, health, strength and beauty. Illnesses for them had a root in the loss of body fat. Skeletal thinness was not viewed as healthy or beautiful.

Conquistadors would treat their wounds with the fat of their enemies and this practice was abhorred. It is said that Spaniards would kill Indigenous peoples and would take their corpses and boil them to obtain the fat so they could use it to grease their weapons which would rust fast in the Amazon Forest. The Spanish missionaries became known as Pishtacos. It was believed that they were killing Indigenous people for their fat. (soap and candles can be made out of fat. If this belief is rooted in fact it is more likely that it was used for a variety of things.

The earliest known reference to the Pishtaco Legend is from 1574. According to a priest named Cristobal de Molina, Indigenous people of the area avoided the Spaniards and refused to enter their homes in belief that they would be killed for their fat. The legend of Pishtaco became connected to the Bethlemite friars who opened a hospital in the year 1700. These friars would travel and beg for alms. The description of a Pishtaco is that of a conquistador or a friar. Described as white.

Indigenous communities also had stories of something called the Cauchus or Runapmicuc, which translates into "Person who consumes". In 1621 Pablo Jose de Arriaga wrote that, according to legend, the Cauchus was a blood sucking creature who preyed on children. Cauchus would sneak into peoples homes and put them to sleep using a powder made out of human bones. They would scratch the victim with their fingernail and drink blood from the wound. The victims would die a few days later. It was believed that these blood sucking creatures would be the cause of death. Those who were helping Arriaga were later accused of being Cauchus.

It is believed that this legend of the Cauchus also merged with the Pishtaco legend creating this fat draining vampire. In historical context, the Indigenous people of the Andes were not wrong. Blood thirsty fat stealing vampires is the perfect description for the Spaniards of the time.

The inhumane treatment of Natives and the horrors of Spanish conquest created this legend. It is a historical fact that human fat was used for medicinal and practical purposes. Natives were viewed as savages and dehumanized. Because of this Spaniards did whatever they wanted to them.

In 2009 there was a hoax of Peruvian Gangsters who would kill people to obtain their fat. They would later sell human fat to a contact in Lima who later sold it to European cosmetic laboratories. General Felix Murga chief of police stepped down from his job for a while when it was discovered as a coverup for extrajudicial killings by police.

According to the story (hoax) on November 3, 2009 police arrested Serapio Marcos. On November 20th three others were arrested including the ring leader Hilario Cudena Simon. Police claimed that the suspects told them they sold human fat at 15k per liter. People started to doubt this story because of Lipo suction there was other means to acquire fat, so it would not be sold at 15k per liter. Nor was there a demand for human fat. Gang members would sever the body and hang the torso above candles which warmed the body and the fat would drip into tubs below. The gang was given the name ‘Pishtacos.’ Clearly these police officers are not the smartest. The true Pishtacos were the members of the Peruvian police.