Hello Espookies! Welcome to our notes for our episode "Time Loss, Time Lapses and Time Glitches", if you haven't listened to the episode, click here

Time slips are where one or a group of people experience time travel.  Time slips, time glitches or simply glitches in the matrix is a phenomena that has been commonly reported. Called glitches in the Matrix after the movie franchise where ‘glitches’ in reality pinpoint to a simulation of reality that the main character . For those like me who are into the holographic universe theory it’s evidence for this theory. A lot of people support this by again stories of ‘glitches in the matrix’ and synchronicity. Synchronicity is another phenomena that for many supports this holographic universe theory. Some people think Deja vu is another phenomenon that is an indication that we live in a simulation. Time lapses, glitches and losses are often associated with the paranormal.

La Casa de La Colina (the House on the Hill)

The following story takes place in the municipality of Armeria, in the Mexican state of Colima. Legend tells that there was an old house on a hill and that years ago, something terrible happened and everyone in the house was murdered and the house was left abandoned. But every night, the house comes back to life as do those who once resided there. A foreign, but friendly family that loved parties lived there, but one day, burglars entered the home and murdered everyone. When driving on a highway in Manzanillo, the house can be seen. When driving by the house, it is said that cars will suddenly stop working or run out of gas, almost as if the house wants people to come as for help. People usually do arrive at the house, to ask for help. When they arrive at the house, they are invited in, because there’s a huge party. The person enters and spends the night partying with the family. Then when they wake up in the morning, the house once again looks abandoned, windows are broken, no one is there and the person is left confused. When they return to their car, it suddenly works again but they notice that no time has passed, since they left their vehicle to ask for help.

A couple months ago me and my girlfriend were on vacation in the UP of Michigan and we stopped at a hotel in ironwood Michigan and when we got our room key we were told that we could drive our car to the end of the parking lot to get to a closer door to our room. We got all of our stuff ready to bring into the room and opened the door to the hotel. There was a staircase to the left and a door with a small window to the right that led to the hallway our room was at. When we were about to go through the door we saw through the window an office with shelves that had folders and a guy sitting at a desk with computers on it and he looked at us confused as if we were not supposed to be there so we left without entering the room. Later that night we went down the hall to were the door was to see if we went in the wrong door and when we rounded the corner we saw the same door that led to the stairs and to the outside door and there was just vending machines and an empty hallway, no desk, no room, no computers and it was a hallway not a room with an office. Freaks me out. I have a few other strange things that have happened to me but that was the most recent

Another story of some weird time slips. This one comes from reddit user liquidgold83

So this actually happened last week... It just took me some time to come to terms with it...

I got a phone call from my next door neighbor late in the evening asking if I can help him move a mattress into his upstairs. His mom is ill and has a big heavy sleep number bed. I of course ran over to help because they're great neighbors.

I get over there and his friend, who is also a priest, was there to help. I helped them figure out how to separate the mattress from the bed so we could fit it up stairs. We get it all moved up and back in place when my neighbor asks if I can help them move an armoire upstairs too. I think nothing of it and we pull it out of his travel trailer and start bringing it up the front stairs of his house.

This is where I died. The front stairs are 11 steps. I was on the lower end of the armoire about 6 steps up when my neighbor and his friend lose a handle on the armoire and it comes crashing down on me and I fall backwards towards the pavement...

I then wake up in my dining room to my phone ringing and my wife asking me if I'm going to answer the phone. It's my neighbor asking me if I can help move a bed upstairs for his mom...

I go over there and meet his priest friend again, as this has been the first time I met him. I say I can help with the bed but I cannot help with the armoire. My neighbor was like "how'd you know about the armoire?". I then proceeded to tell them I'm pretty sure I just died.

I spent the next hour talking with the priest. He had so many questions. My neighbor didn't believe it until I described the upstairs bedroom in perfect detail down to the metal mattress frame on the floor and the intricate headboard leaning against the wall and I had never been upstairs in their house before.

The priest asked me what I saw after I died. I told him I never actually died. Before it happened I woke up at my dining room table.

TL;DR... I experienced my death but woke up alive about 20 minutes earlier in my life. 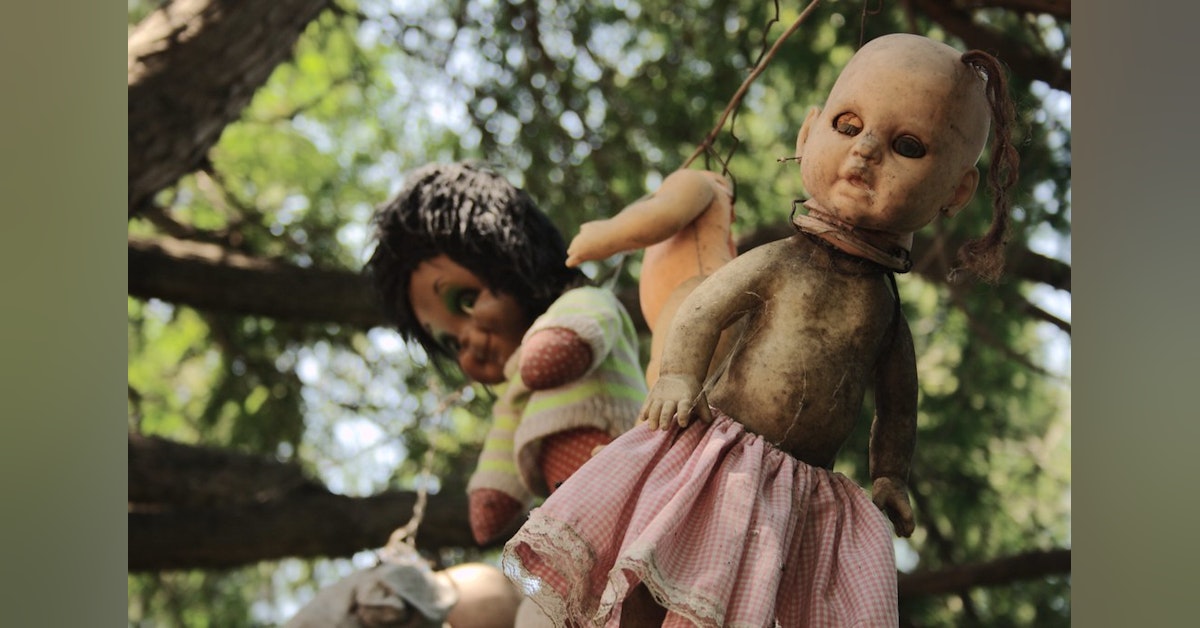 Hello Espookies! Here are our notes for our episode "La Isla de las Munecas (Doll Island), if you haven't listened to our episode, listen here.  &n…

Hello Espookies! Here are our notes for our latest episode "Espooky Children Tales with Des of Counting Crop Circles". If you haven't listened to the epi…