The Legend of La Mano Peluda

As if there wasn't enough to fear as a child, imagine being told you can't leave your bed at night or "La Mano Peluda te va a agarrar", the hairy hand will get you. Many Latine children grew up hearing this, but do you know the full legend? 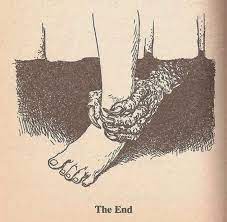 The legend of La Mano Peluda can be heard in almost every Latin American country, but seems bigger in Mexico and Colombia and it dates back to the Spanish inquisition.

There are many legends that tell that under your bed, there is a portal to the underworld and this allows for more stories, such as la mano peluda to grow.

Most versions of the legend say that La Mano Peluda belongs to a man that lived, and died, during the Spanish Inquisition. He was wrongfully accused of robbery and his hand was cut off. When this happened, he swore he would get revenge on everyone for this, but he remained alive and died of natural causes later in life. Other versions say that his hand was cut off, he swore revenge and then he was killed and buried in a cemetery. Now the hand comes back, seeking vengeance.

The version from Mexico is a bit different than that, it takes place in the year 1908, in Puebla, Puebla. There was a man named Senor Villa, who was known as Horta and he and his wife, la Gangosa, owned a pawn shop.

Horta was short, a little on the bigger side and very hairy. He was, by all accounts, a pretty terrible person. He showed off his wealth, ripped off his customers, treated them badly and never in his life, did one good deed. It was common for the people of Puebla to be heard saying “Que dios te seque la mano” “Please God dry out his hand”, when walking in front his pawn shop.

After greedy old Horta died, God did indeed dry out his hand. Some time after his death, the local newspaper ran a story that a graveyard keeper told them. The graveyard keeper would see a black, hairy hand, with rings, stick out of Horta’s graveyard and it would look for victims to tear out their eyeballs and choke them to death. When it was done killing, it would return to Horta’s grave. After this story was published and to this day, there are those who claim the hand pulled them out of their bed while sleeping and many who have seen this hand moving through the fields, searching for more victims.

Like the version from Puebla, other versions of the legend describe the hand similarly. The hand is black, hairy, with very sharp nails (in Colombia the nails have poison at the tips), it is twice as big as your average adult hand, it is disembodied and leaves a trail of blood behind it. Maggots can be seen moving around the hand as well. The hand waits for children to get out of bed, to then spring out from under the bed and pull the child down to the underworld with it. In Colombia, it’s also said to not only come out from under the bed, but also from big windows, and behind doors. There are also versions of the tale, where the hand comes from out of the wall, so you must beware when sleeping against the wall.