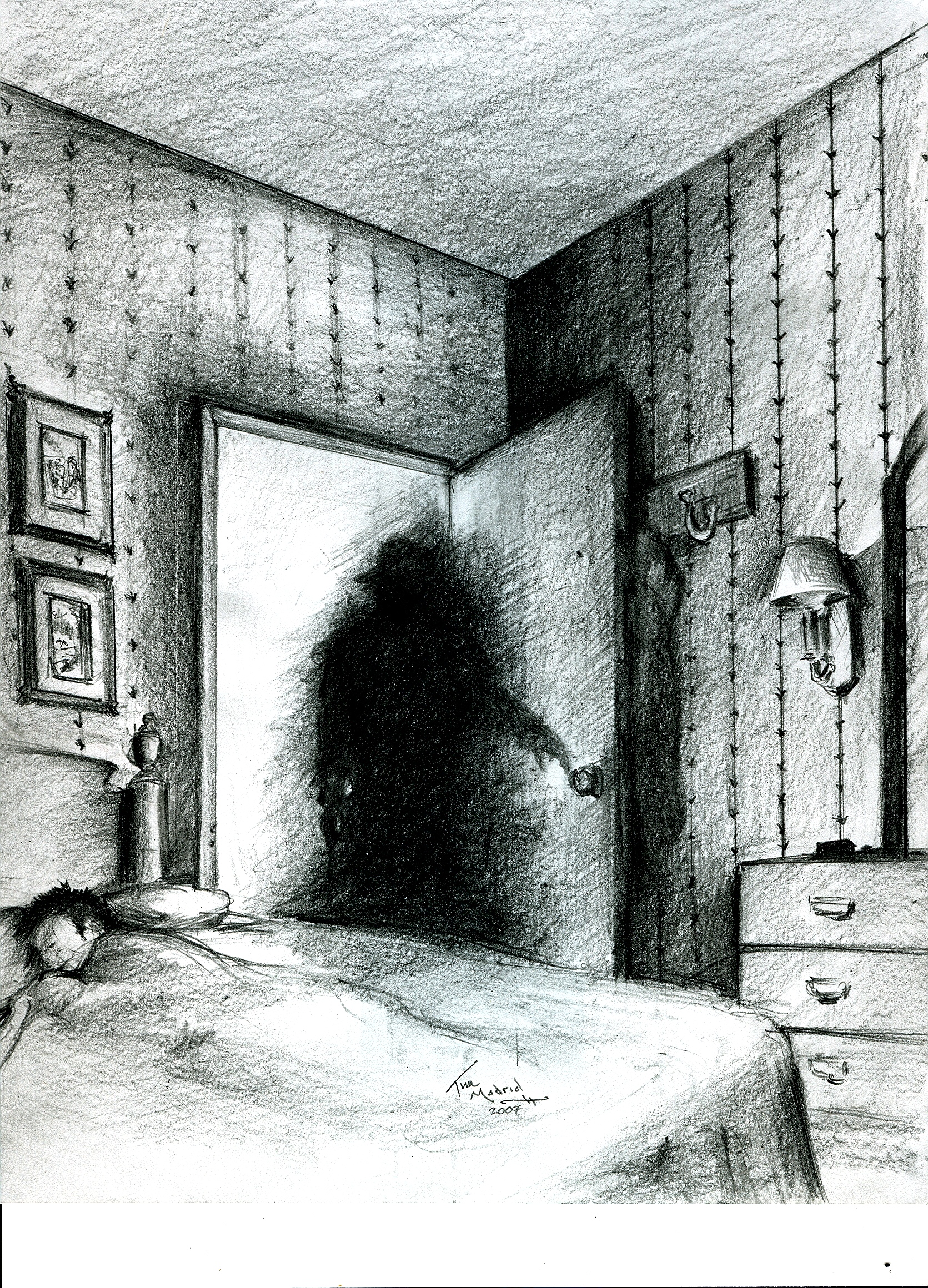 Shadow people are one of the most reported paranormal encounters, but those that have seen them often feel alone in their experience.

The official definition of shadow people is that they are “Supernatural shadow-like humanoid figures that, according to believers, are seen flickering on walls and ceilings in the viewer’s peripheral vision.”

Jason Offutt, the author of Darkness Walks: The Shadow People Among Us, commented: “Many shadow people encounters do seem to mirror ghost encounters, and are the most common type of shadow person encounters: a blacker-than-night, human-shaped shadow that people see walking through their bedroom, hallway, living room, etc. These shadow people are most benign, usually not taking notice of those who observe them.”

The term “shadow people'' was first used by author Heidi Hollis, who has written many books on paranormal phenomena. According to her, shadow people have been around since the beginning of time and are a "dark influence upon society,"

There are descriptions of shadowy, human-like figures in folklore dating back to ancient times. Like, in the Quran, it mentions "pitch-black sapient beings" that aren't entirely spiritual or physical, and people in ancient Europe believed that shadow beings "desired blood and without it, couldn’t be reborn.".

Shadow people are reported to be conscious, intelligent and interdimensional beings that can shapeshift into various forms and figuration. They can move back and forth between dimensions. Most descriptions state they have glowing red eyes.

Shadow people are often compared to raven mocker in Cherokee mythology & Jinn, from pre-Islamic mythology. The Raven Mocker a bit more, it is part of Cherokee mythology. It is a witch that takes the form of a bird and then shifts into a shadow-like human phantom. It is said it steals the souls of the ill or dying.

Shadow people exist in virtually every lore/culture. In Egypt, depictions and stories of shadow people are seen, they call them Khaibut, and it was believed that it was one of the 7 souls each person had. In Greek mythology the “shade” of a person went to a place called the land of the shades, which was part of the underworld. There are also stories of people dedicating or giving their shadows to Zeus, and while this was a huge sacrifice, over time, it became something to fear. It was believed that if someone visited the temple of Zeus Lycaeus, they would lose their soul (he is believed to be the original werewolf & werewolves lack shadows).

Shadow people are a world wide phenomena, so many people have seen them, there is an official website that archives encounters. There is a belief that shadow people are a guardian angel type thing, but most retellings say they are extremely malevolent.

Some people have a feeling like someone is watching them, at night, or they’ll be asleep and wake up with that feeling suddenly and months or even years later, the shadow person reveals themselves. Some people see them as a full figure, sometimes with a hat one, sometimes just from the waist up, and sometimes they are wearing a hood or cloak.

When people describe seeing a shadow person with a hat, it is believed to be the same figure, the hat man. Some even believe this figure to be the devil himself.

More on the hatman:

People that have seen the hat man claim that they see him hovering on top of them (which makes scientists further their sleep paralysis explanation). Others claim to have seen him while wide awake and also claim to see him either before or after a major traumatic event. Some people say they have only seen him once and others say he haunted them for years.

The most common thing with accounts of seeing shadow people is that everyone describes feeling dread and people say their pets act with fear or hostility.

Here is the first entry from the archive:

When I was young about 10 years old, I remember something a 10yr. old would never forget.

One night, when I was sleeping in my room, I woke up for no reason and looked around the room still sitting on my bed. (At the time I had no curtains on my windows.) When I looked out the window, I saw a black shadow staring at me. To describe it: it had no face, it was just plain black.

I was so scared that I couldn't move. I was too scared to turn the lights on so I hid under my blankets. I was puzzled also because, who would be staring at me from the 2nd floor window?

The next day, I told my mother about this. I think she believed me. We put a blanket over the window so it wouldn't bother me no more. After that, it didn't bother me.

But that very next night, my mom told me it, a black shadow, came to her sliding door window. It was just staring at her so she got up and turn the lights on but it was no longer there. She shut the curtains and left it at that.

So every night she reminded me to shut all the curtains in the house.

A few years later, my little brother had the same experience. He woke up crying and he was too scared to sleep alone for a long time. My brother was only 8 years old at the time.

I don't know why this thing bothered us but I can only give you people advice. Close your curtains at night so nothing will look at you.

A woman named Stacy Alejos lived in the west side of San Antonio as a young girl and one night, she woke up with a very uncomfortable feeling and felt like she needed to look outside. She got up and went to the window, and saw a shadow of a person behind her white picket fence, she vividly recalls seeing the shape of the hat. She could see the figure moving and terrified, she tried to wake up her aunt, who was sleeping next to her, but she just wouldn’t wake up, kind of like she had been put in a trance or something. Later in life, she met a woman who lived a street down from her with an almost identical sighting.

Seeing shadow people has been said to be caused by sleep paralysis and sleep deprivation, since the brain is tired, it plays tricks on you and causes hallucinations.

Shadow people seem to be the inspiration for other horror stories, like Slenderman and also for Freddie Keuger and the bowler ghost in the Netflix show, the Haunting of Hill House.

Learn to let go of your fear, stand your ground and deny them access to your person, focus on positive thoughts, use the name of Jesus to repel them, keep a light on that surrounds you, bless your room.