Have you heard some of the most famous legends from Venezuela? El Silbon and La Sayona are well known in the country, take a listen to our episode on these legends or read about the legends here. 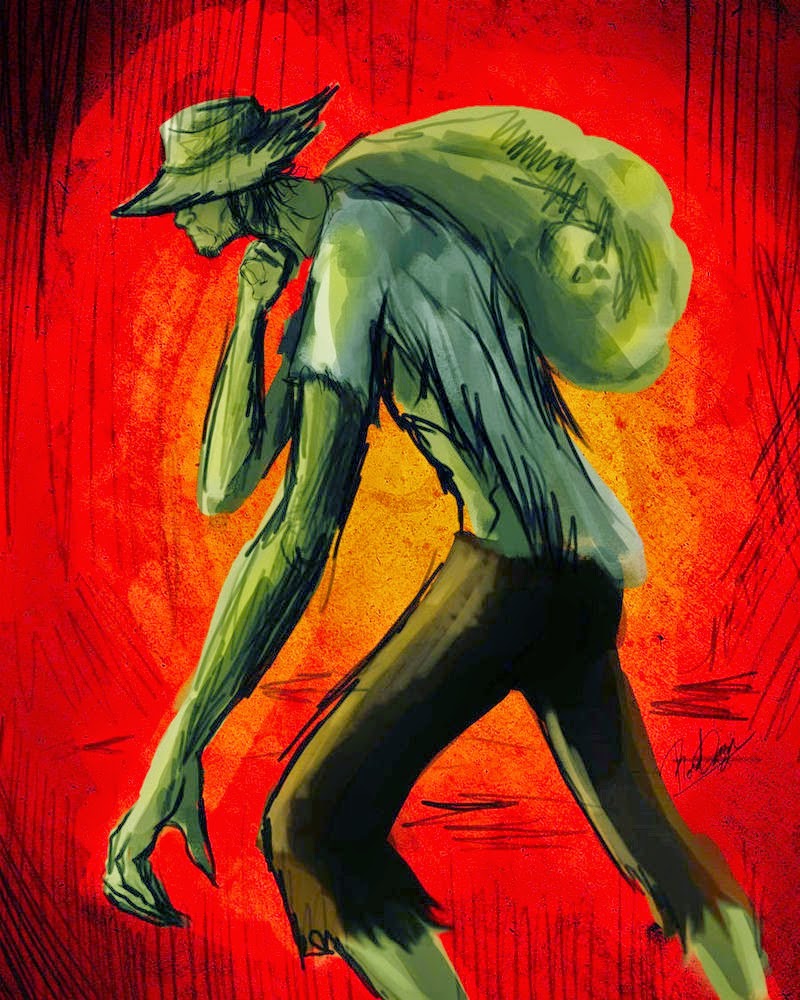 The name El Silbon translates into whistler and is a tale primarily from the Los Llanos region of Venezuela, but can also be heard in Colombia. The legend dates back to the middle of the 19th century.

There was a young man, who was very spoiled by his parents, to the point where he did not know what the word respect meant and was never told no. One day, the spoiled young man craved a dish called “asadura”, which is liver, heart, and bofe (I think that’s cow slap) and so the young man’s dad went hunting for the ingredients. The young man was getting fed up with waiting, because his dad had not returned promptly, so he grabbed his shotgun and went looking for his dad. The young man found his dad, who had not yet killed a deer and was furious and killed his dad.

He then proceeded to take his dad’s organs, and then place his bones in a sac. When he returned home, he gave his mother the organs to cook, but once her husband had not yet returned and this meat looked rather strange, she grew suspicious of her son. After some interrogation, he confessed to what he did, and the mother cursed him for eternity.

Then, the young man’s grandfather found out what he did and ordered the young man to be tied to a post and beaten with a lash until his back was destroyed. That was still not enough, the grandfather then let him go and set two starving dogs on him, while cursing him to carry the bones of his father forever.

Why is he feared

It is said that in the summers, el Silbon can be seen sitting on tree branches, gathering dust and when it rains, he comes down, hungry for murder. He is said to go mostly after drunks and womanizers, though he occasionally will kill an innocent person. He is said to suck the alcohol from the navel of drunks, before murdering them and dismembering them to place in his sack. He quarters womanizers into pieces, removes their bones and then places them into the sacks he carries.

He is said to be a giant, about 6 meters or just over 19 feet in height, walks on the treetops, while whistling his chill inducing tune, bones in his bags rattle as he moves.

If you hear his whistle nearby, it means he is far away and you are safe, but if his whistle is far away, then he is the opposite, and is nearby, and you’re dead meat. The bark of a dog can save you, but that’s about it. In some versions of the legend, a tapara of the aji fruit can save you as well, as El silbon was chased out of the house with one by his brother Juan, after which Juan set a dog on him.

Legend tells that sometimes, he appears in front of a house, sets his bag down and begins counting all the bones in his bag. If more than one person in the household hears him, then everyone is safe but if only one person hears him, then that person will be dead by morning. In Colombia’s version, he also goes after pregnant women. 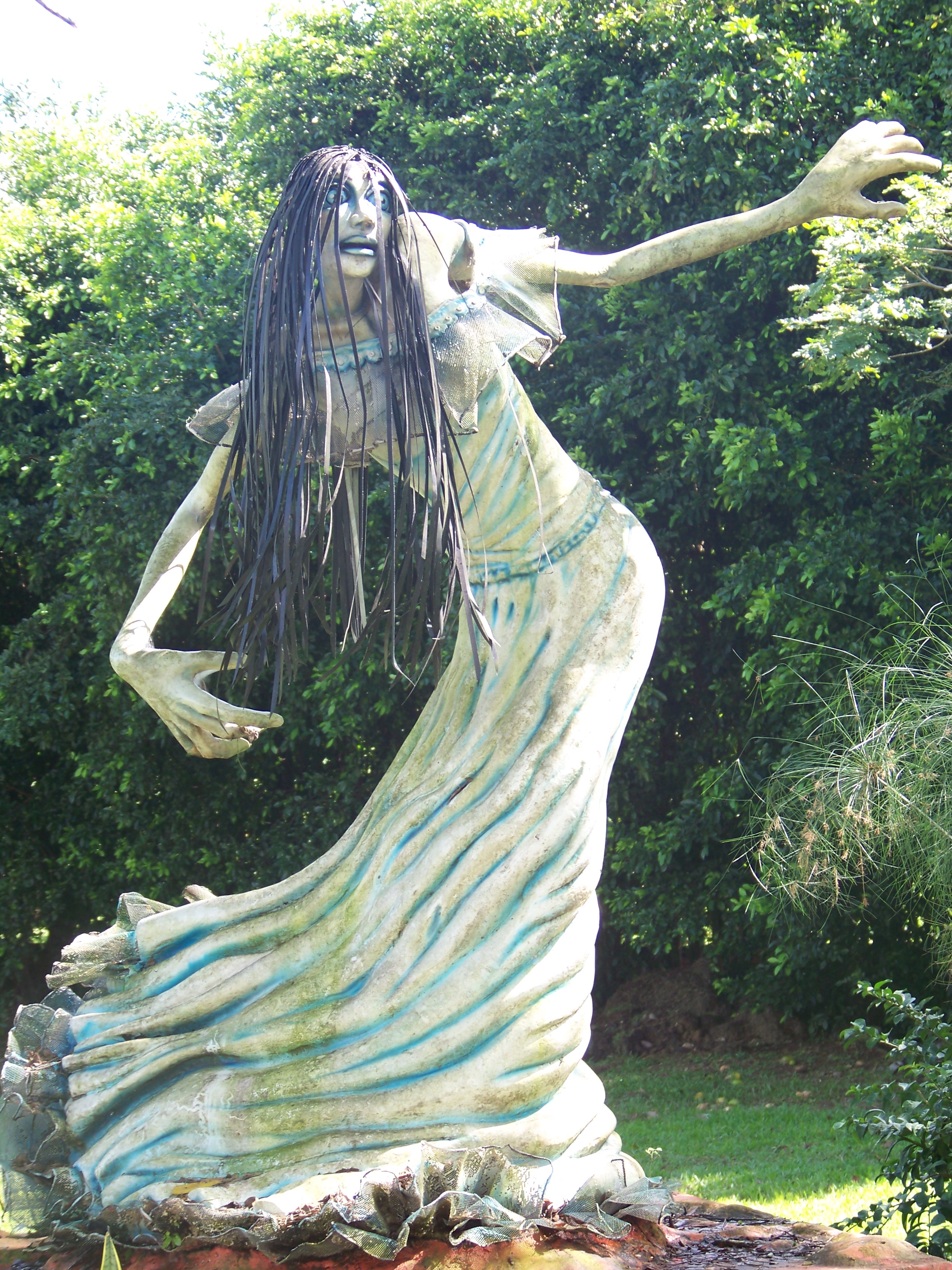 According to legend, La Sayona was a woman named Casilda. She lived in a small village in the plains of Venezuela. She was tall, beautiful and elegant. She got married to a loving and loyal man; they had a son together. Her beauty attracted the attention of a man who couldn’t take no for an answer. He became obsessed with her. One day Casilda was bathing in the river and this man was spying on her. She caught him spying on her and she demanded that he leave her alone. In a desperate attempt to cover his tracks he told her he wasn’t there to spy on her but to warn her. Her husband was having an affair with her very own mother.

Casilda became enraged and full of jealousy. She went back home and found her husband and child asleep. But blinded by anger Casilda lit her house on fire with both her husband and son inside. It is said that Casilda’s screams of rage could be heard throughout the village as she made her way to her mother’s home. Where she attacked her mother with a machete. Her mother claimed innocence even as Casilda stabbed her. As her mother bled to death she cursed Casilda as Sayona and told her that she must avenge all women by killing their unfaithful husbands. A despicable being who will never have rest.

Casilda began wandering the streets at night chasing unfaithful men. She lures them with her enchanting beauty, but once they fall for her trap, she transforms. Her teeth become pointy and sharp, clawed hands, and her eyes become blood red. Sayona has a chilling scream so powerful it stops people in their tracks and only a few survive to tell the tale. In one version she can also appear as a loved one to these unfaithful men. And when she traps them she becomes grotesque with animal-like features. And she either eats these men or leaves mangled bodies behind.