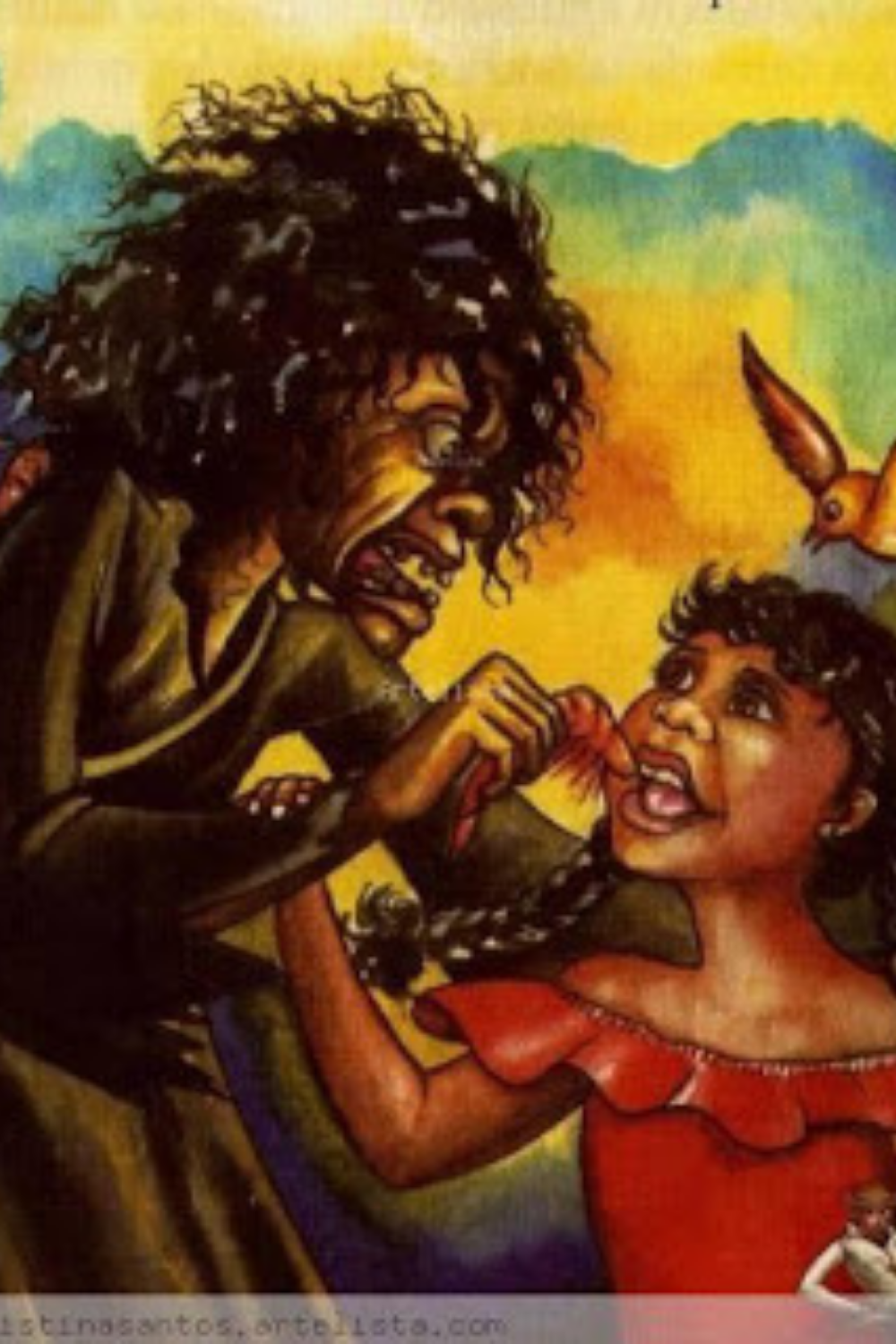 The legend of La Tunda can be heard in Colombia/Ecuador, specifically the Afro-Colombian region of El Departamento del Choco (Choco Department) in the coastlines of Colombia.

This story dates back to the 1500s when the Spanish started conquest started in Colombia.

La Tunda is described as a very ugly woman who smells horribly. Her clothes are rags and she has an appearance that makes her look dead. When she walks she sounds like she’s grunting and complaining. She has brown bulging eyes.  She takes unbaptized children in the night and misbehaving children too. She also takes unfaithful people to the jungle to make them her lovers or companions. La Tunda shape shifts into people the victims love in order to lure them to the mountains or the jungle. However her shape shifting capabilities are not the best and you can always tell it’s her because one of her feet is a molinillo. A molinillo is a kitchen utensil that is used to stir hot drinks, like hot chocolate.

Once she has her victims where she wants, she feeds them shrimp and crabs that are cooked in her butt, or in Spanish, que cocina en su trasero. This food hypnotizes her victims and then she shapeshifts into an attractive woman. For her male victims, she performs oral sex on them, during which she sucks all the blood out of them.

Her victims then become "entundados" and fall in love with her, never wanting to join humanity again. The only way to rescue the victims are to gather a priest, friends and the godparents of the victim and head to the jungle and make some noise. They need to have some drums, escopeta?, pólvora, and pray. This will make her run away and the bewitched victim will wake up and be free. When it rains and shines in this region, there is a saying "La Tunda esta pariendo" (the Tunda is giving birth). It is said that outside the municipality of Buenaventura Matunda lives. Matunda is the mother of La Tunda.

Origins of the legend

There is an interesting article written by an Afro-Ecuadorian professor, named, Ibsen Hernandez Valencia. He says the origin of this legend comes from woman that were "cimarrona rebeldes", which I believe were escaped enslaved Africans. They sought to free their people and begin a society against slavery and colonization. They helped others escape into the jungle and live freely. The church and institution of the time (the Spanish) then sought to demonize them. This was done to discourage the enslaved from escaping. When they were able to catch an enslaved person that had run away, they beat them in front of the rest to set an example. If they caught the same enslaved runaway, they cut a leg off and this became part of the myth, as La Tunda has a wooden leg.