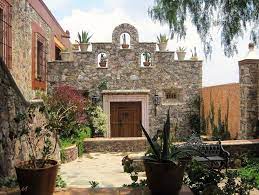 La Casa de Lamentos (House of Laments) is a historical building in Guanajuato, Mexico. It was built in the 18th century by a man named Marques de San Clemente, who was a prominent miner. The building was used as a post office until the year 1890, when Tadeo Fulgencio Mejia and his wife Maria Constanza de la Rivera moved in. Tadeo was a mining engineer and according to legend, loved his wife Maria Constanza very much.

They were a happy couple until one day, Maria was assaulted in an alley and then murdered. Tadeo was desperately lost without his wife and one day, he consulted a bruja (witch) and after this he went down a horrible dark path. The bruja told him he could bring his wife back from the dead through these human sacrifices.

It did not matter to Mejia who his victims were, there was no specific type, he went after men and women and the exact number of victims is unknown. When police caught wind of what Mejia was doing, Mejia shot himself in the head, thus never facing trial for his crimes. Multiple body parts, bodies and ashes (after he got what he needed for his rituals, he got rid of bodies by burning them) were found in the basement of the house, as well as books on Black magic and the occult.

Now it is said you can hear the agonizing screams of the victims in the house. A pair of high heels can be heard walking through and cold spots can be felt. The show extranormal did an episode on the house turned museum in 2011. Some even say the ghost of Tadeo himself haunts the place, as he did not pay for his crimes during life. The museum opened in 2010 to the public and can be toured at only 45 pesos per person and they do a haunted house attraction sort of thing, with costumes and sound effects. 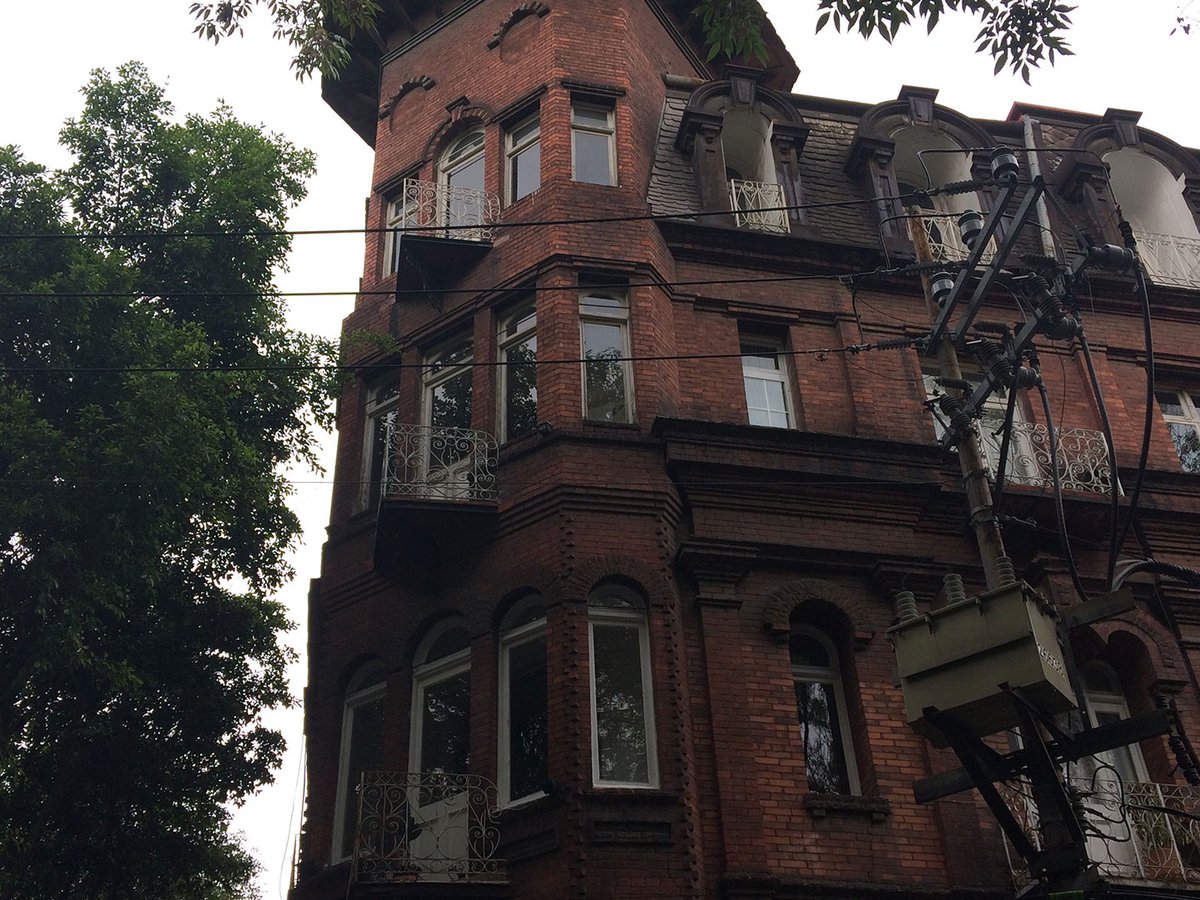 Casa de Brujas (the House of Witches) in Mexico City, is located on the eastern side of Plaza Rio de Janeiro, in the Roma neighborhood. It was built in 1908 by a British engineer named R. A. Pigenon. It is a gothic-style red brick structure. Ironically, one of its roof structures looks similar to a witch's hat. Rght underneath the roof, there are two niches and a window that give the building the appearance of  eyes.

It was commissioned by then president Porfirio Díaz, as a way to commemorate the centennial celebration of Independence. It was first a hotel then later turned into luxury apartments.

According to legend, in the maid's quarters lived a curandera named, Bárbara Guerrero nicknamed Pachita. She had high profile clients visit her including politicians, business men and woman. They came to her whenever they needed to apply for a job. Some say she used to perform surgery with a knife healing her clients of their illnesses.

The building was given the name casa de brujas around 1940. By children who lived in the area. Years before Pachita ever stepped inside.

Pachita was born in 1900 in Parral, Chihuahua. She is known as the ‘psychic surgeon’ for her ability to heal and she performed inexplicable surgeries. At a young age, Pachita began to heal with herbs and showed great abilities.. she started "surgeries", claiming to be possessed by the spirit of Cuauhtémoc, whom she called "Hermanito" (little brother), who, according to the healer, took over her physical body to perform the procedures.

Pachita always used the same kitchen knife for her surgeries, one covered with electrical tape on the handle. She never used anesthesia and yet, she said, she could literally remove organs from her patients and put others in their place. The impressive thing came at the conclusion of the surgery, because once the wound was closed, she rinsed with a little alcohol and placed bandages and, after a couple of hours, she sent her patients home, where they would have to rest for three days. She instructed all of them to take certain syrups and infusions and, following the treatment to the letter, by the fourth day her patients were able to carry out their daily activities. 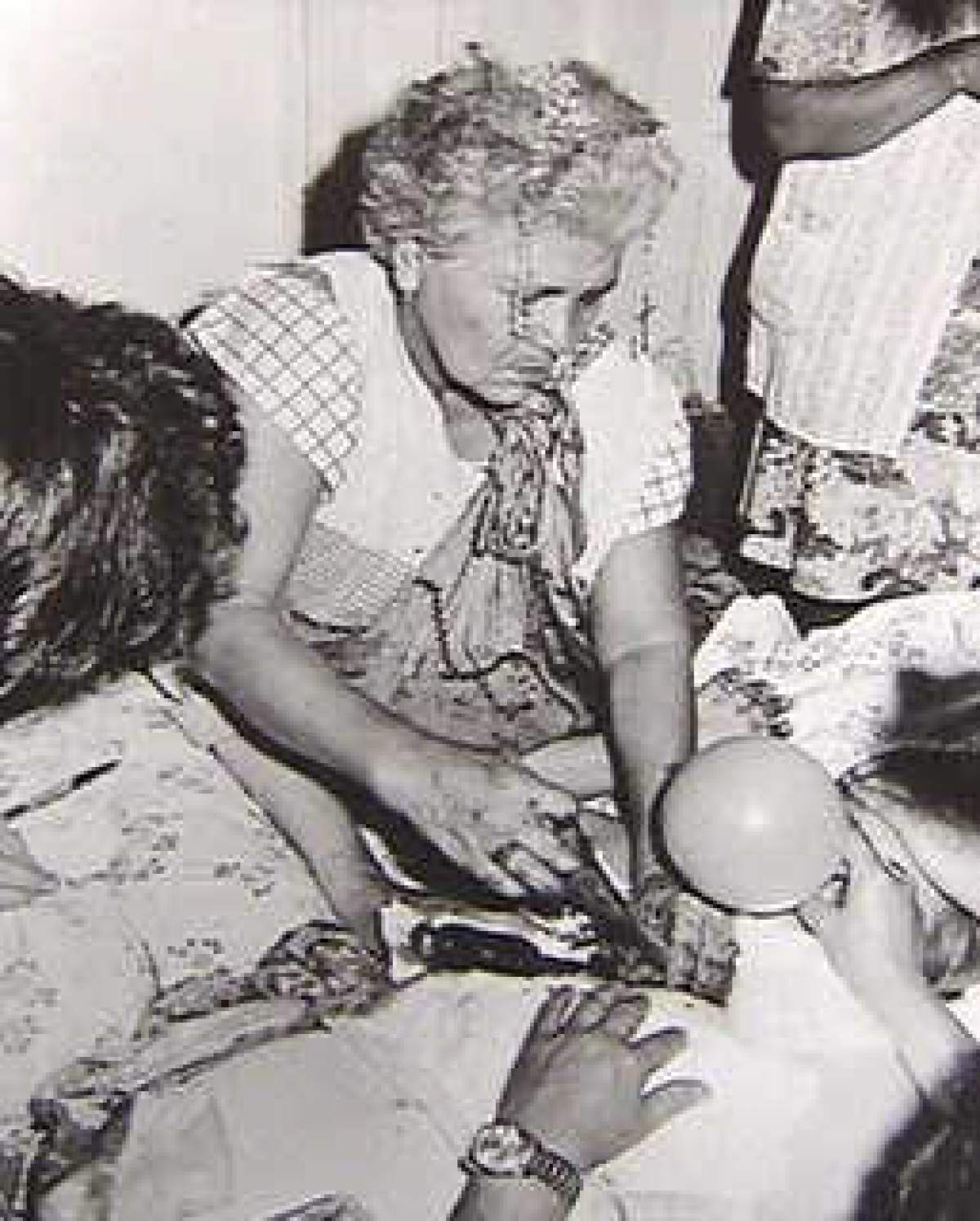 It is said that in the dark room where she performed the surgical procedures and, by the light of a couple of candles, she was able to materialize healthy organs, such as livers, bladders or kidneys. . It had to be that way, in low light because, she said, bright lights damaged organs. Skeptics say that these where either animal organs or organs provided by friends who worked in the medical fields. However, none of the theories were proven. The removed organs were analyzed, showing that they did indeed belong to her patients.

This following is from a witness, found on matadornetwork.com

Pachita's fame was so great that the rumor about her ability reached the entire American continent, but also the European one, to the ears of the former Spanish Catholic priest and former member of the Society of Jesus, ufologist and researcher of paranormal issues Salvador Freixedo , who relates:

Pachita was thoughtful for a moment and, suddenly, raised her arm with her hand extended, saying at the same time: "Well ... in the name of God." Still today, when I remember the scene after so many years, a certain emotion invades me. I was looking at Pachita's raised hand, totally ignorant of what was going to happen, when, suddenly, I saw a piece of reddish flesh appear between her fingers. She didn't even look at him; he simply threw it into the large hole he had made in the patient's lower back. He didn't even bother to put it on. I felt the "clack" of the meat falling into its hole. Immediately afterwards he folded his arms (which was the sign that he had finished with a patient), and said once more the familiar word: "Other."

Those have lived in the building now, claim that it is haunted. One famous radio show, called La Mano Peluda, received a phone call during one show, from a woman named Brenda. Brenda claimed that when she first moved in, she would hear noises, which she attributed to her neighbors. Though a day or two later, she learned she had no neighbors. She claimed to see shadows, demonic figures and even the spirit of Pachita herself. She didn't last long in the building and to this day it is said tenants move in, but no one lasts very long in La Casa De Brujas.

Listen to La Mano Peluda Episode here, though it is all in Spanish.