Churches are supposed to be a safe and holy place, but there are tales of some terrifying churches. Listen to some spooky tales from churches in Guatemala, and Mexico here, or read about them below. 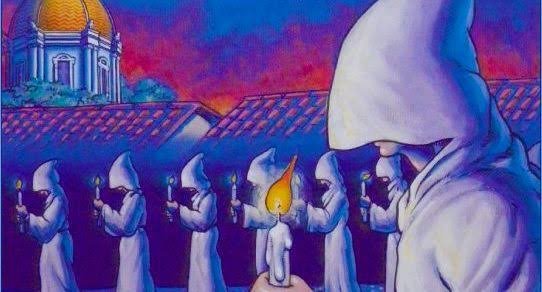 In the neighborhood of la Recoleccion, in Guatemala city, there is a very old church with the same name, that was built in 1845. In 917, when a terrible earthquake that claimed the lives of many took place, a horrifying legend surrounding the church and the neighborhood surfaced.

After the earthquake, those that remained in the neighborhood began hearing cries, late at night, and would warn others not to go out late at night, else los penitentes would take them.

One man, stayed up late at night to see what was really happening and he saw hundreds of people in robes, walking, praying and crying out. The man was holding a candle and one of the spirits from the group approached him and took his candle, exchanging it for one it was holding. He tried to return the candle, but when he did, the group took him with them. The next day, a piece of bone was found where the man was hiding out. 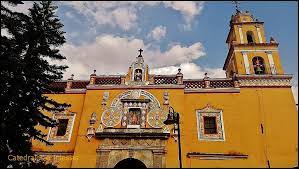 According to legend, harbors an evil little statue of the devil. This little church is pretty old, said to have been built in the 15th century. One day out of nowhere, this little statue appeared outside of the church doors. No one was sure of how it arrived there, though there were rumors that it’s previous owner left it there after witnessing the statue move. 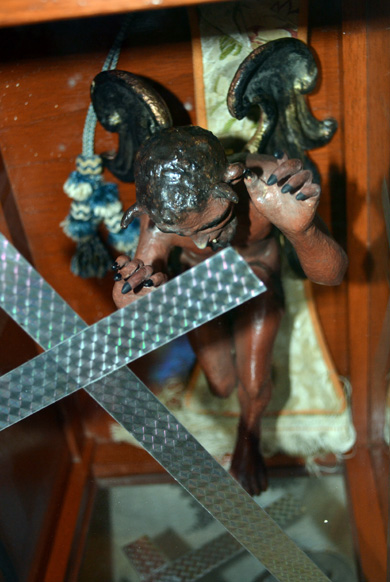 The priest decided to bring the statue inside and put it in a glass case. A few days passed and someone noticed the door to the glass case was a bit open and there seemed to be scratches on the inside. They decided to file the statue’s nails and put it back in. A little bit after the statue arrived, many accidents began to occur on the road leading up to the church, and it became known as la curva del diablo. Many blame the statue for the accidents.

It was said the statue would be found in different positions. People that would visit the statue would later be confronted about something horrible they did, but it was discovered to be the statue, taking the form of those who visited it and eventually they put it in the back to be hidden away. People believed that the statue could grant wishes and to this day many stand in long lines to wait for their turn to ask for a favor.

Would you visit el Diablito in San Miguelito?