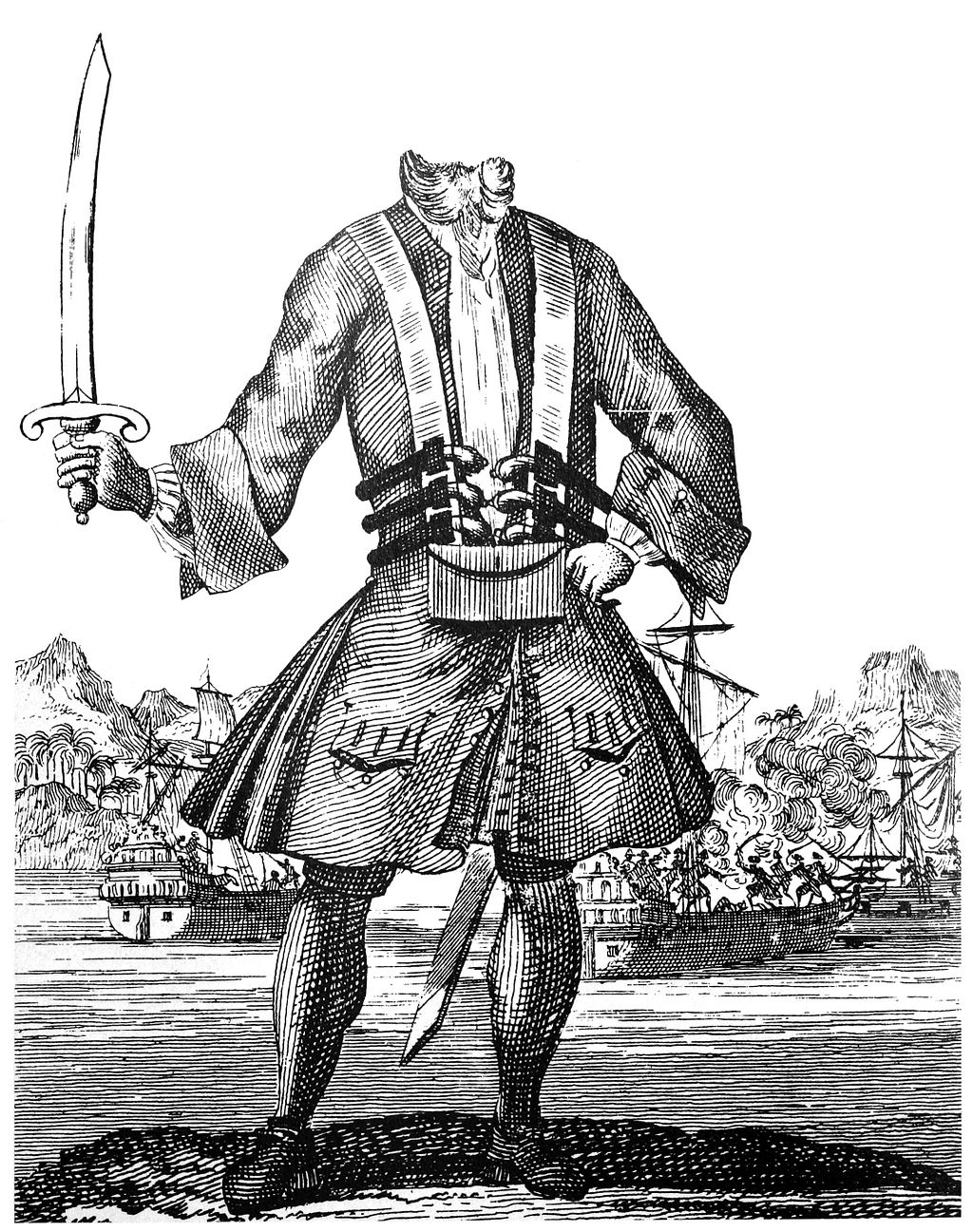 Tales of ghosts and treasures are far too common, almost as if they go hand in hand.

Sometimes it involves a buried treasure in a home, a ranch, a cave or a treasure being protected by a spirit.

In the 18th century, pirates roamed the seas by Costa Rica frequently and wreaked havoc on Spanish ships. Of course, with all the pirate activity, there’s a legend from Costa Rica, el Pirata Sin Cabeza (the headless pirate). Legend tells that this headless pirate is guarding a treasure, buried beneath un arbol Guanacaste ( monkey-ear tree or elephant-ear tree) on the beach, playa de Tivives.

According to legend, there were two pirates, Bartolome Sharp and Wiliam Dampier, who were one of many pirates targeting Spanish ships near Costa Rica. During one of these attacks,  William Dampier took some treasure for himself and confided in one other pirate. This pirate was said to be plain evil, with a heart made of ashes and was said to be the son of Satan. Being the greedy pirate that he was, William Dampier decided to betray his partner, keep the treasure to himself and killed him. As this pirate, who again, was rumored to be the son of Satan, was dying and falling into the hole that was dug up for the treasure, he was yelling for his father. As he was yelling “here, here!” Dampier decapitated him. To his surprise, after the decapitation the body stood up, reached its arms out and the rolling head continued to yell “here”, letting his father know where to find him.

After that night, fisherman say that at midnight, during a full moon, the headless pirate lets out a chilling scream “aqui” and a mysterious ship, that no one is driving? Sailing? Stops right in front of the tree, and the headless pirate can be seen, waiting for someone who is not afraid to dig up the treasure.

Pancho Rojas & the treasure on the hill

In Ocampo, Tamaulilpas, there is an old legend of a young man called Pancho Rojas. He was a muleteer, someone whose job was to transport goods on mules, and one day while working, he was taking a break in el cerro (the hill). He remembered stories of a hidden treasure, left in a cave, by the Spanish. By sheer luck, he found an entrance to the cave, the one that contained this treasure.

When he entered the cave, he heard a terrible voice say “¿Quieres el tesoro, hijo mío? Todo o nada, Panchito… (you want the treasure, my son? It’s all or nothing, Panchito)”. Afraid, he took the treasure and ran. When he got back down to the village, he showed everyone the treasure and they advised him that in order to avoid the curse of the gold, he was to give a piece of gold to la Virgencita (Virgin Mary) and donate half of the fortune.

Of course, he did not listen and when he was on his way to spend his newfound fortune, the treasure turned to stone. Pancho, then dropped dead. People of the town say that to this day, one can see the silhouette of Pancho and his mules, near the cave.