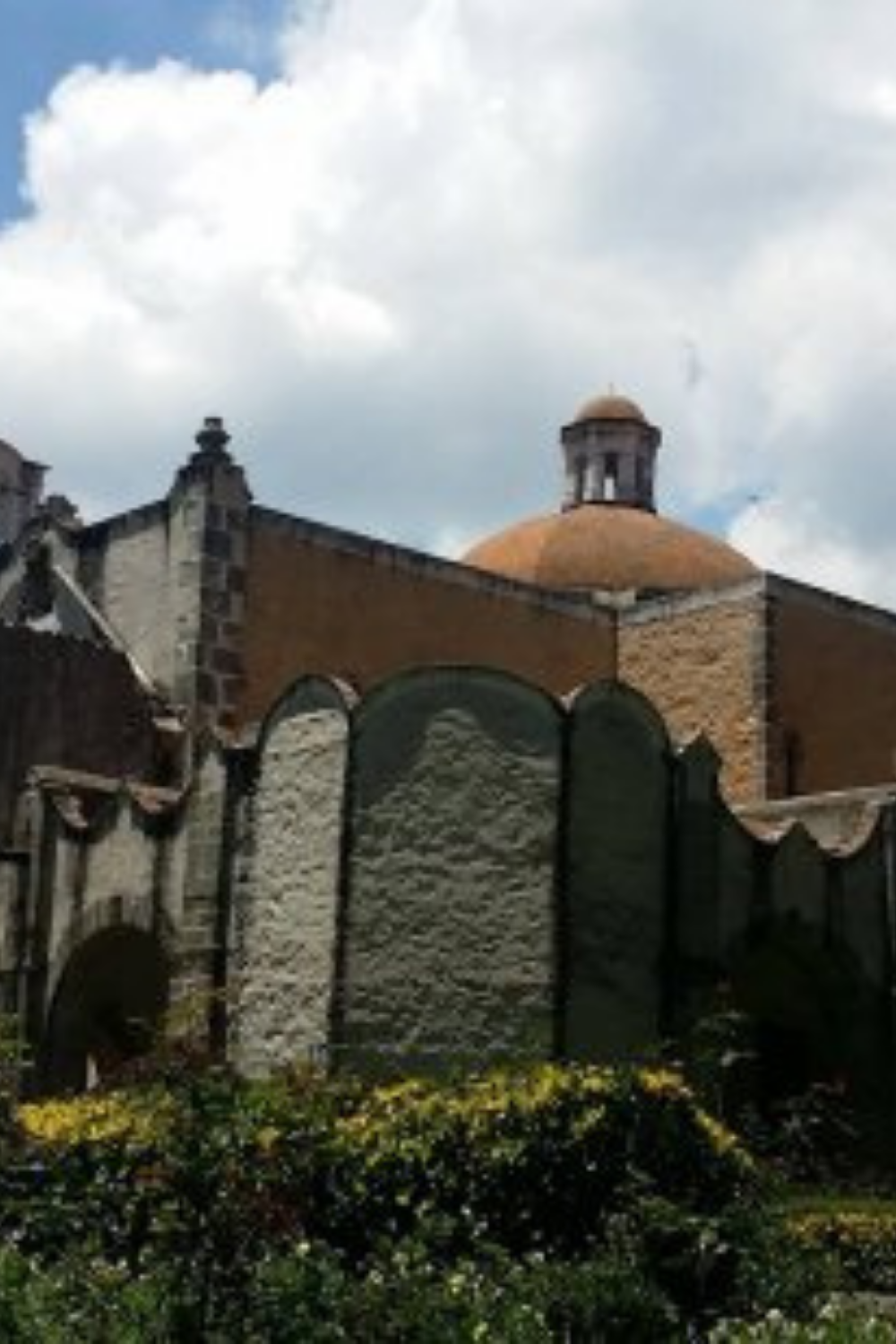 This old convent in Cuidad Mexico may be one of the most haunted you can visit today.

History of the ex convent

Desierto de los Leones (or Desert of the Lions) is a National Park in Cuidad Mexico. It was declared a forest reserve in 1876 and a national park in 1917. Some say the name came from the Spanish family that funded/owned the land that the convent was in, while others say during the colonization of Mexico, the Spanish encountered many pumas in the area, which they called leones. The Pumas have since gone extinct.

The convent was built by/for Los Carmelitos Descalzos, or Discalced Carmelites. Construction for the convent began in 1606, but due to weather issues, it was very deteriorated by 1722. It was rebuilt and then abandoned again in 1810 due to the civil war and was then used for military barracks until the 19th century.

The Order of the Discalced Carmelites

They are a Catholic order of friars and nuns, who were officially established in the 16th century but with roots going back to the 13th century. Their official purpose is to dedicate themselves to a life of prayer, but their purpose when it came to the “New World” was to partake in the spiritual conquest of expanding the Spanish empire. The friars and nuns were to conduct themselves with discipline, humility, service, penance, prayer, silence, and other values mentioned by Friar Agustin. (San Agustin was the official chronicler of the Carmelitas of New Spain).

Life in the Convent

When one first entered the convent, there was a painting that described the life of the Carmelites.

“The first thing one sees in the painting is a Carmelita who is frightening everyone who sees it because it is an image of what happens inside. The Carmelita is crucified on a cross, with a padlock in his mouth, silicon in his eyes and where a baby Jesus is resting within his visible broken heart inside his chest. The friar’s right hand is formed into a fist, which exemplifies a harsh discipline and in the left hand he holds a candle: to watch others and see the candle burn. Two trumpets touch his ears. Two misconceptions, where one is death telling him that life is over and the other is an angel calling for a trial in a frightening voice. The padlock in his mouth means the eternal silence that the Carmelitas must live in alongside with discipline and continuous penance.”

As the painting describes, the monks lived a very strict lifestyle and were only allowed to leave the convent twice a year and were expected to maintain a vow of silence. There was a special room in the convent and this was the only place they could speak, but only to pray. They would face the wall to pray. They were confined to the convent and it was said that when a monk misbehaved, they were put into the catacombs in the basement and were left there until they began hallucinating.

Paranormal Stories of the Convent

The Desierto de los Leones and the convent itself is full of legends and talk of paranormal activity, which is a given for any place with this much history. A lot of the convent buildings remain intact, and this includes the basements. The basement is full of tunnels so dark, you cannot see your own hand in front of you (side note, but kind of makes me think of the solitary confinement cells in Alcatraz).  The monks lived in the convent for almost 200 years and there are those that say some monks have never left. Strange noises are said to be heard in both the dining room area and the dormitories, as well as the sound of furniture being moved at night. The lights in the old dining room area turn on and off on their own and tables and chairs have been known to move on their own.

After the convent was no longer the home of the Carmelites and used during the war, it is said that prisoners were kept in the tunnels, as well as cadavers. Some say you can hear the sound of agonizing cries and prayer in the tunnels and in the hallways where the monks used to sleep.

Others say on the road leading to the Desierto de Leones and the convent, Kilometro 31, you can see apparitions of the monks that once inhabited the convent. On the same road, there is another tale, “el nino fantasma de km 31”. They say that that road is extremely curvy and dangerous and while driving late at night,  many drivers have had a frightening experience. Out of nowhere, a little boy appears in front of a car. Naturally, the driver hits the breaks, fearing that they’ve run this child over. A driver exits the car to look around for the boy and sees nothing at first, but then they hear little footsteps, running around the car and then when looking down, under the car, a young boy with red eyes looks right back at the driver, straight in the eyes. The child then lets out an intense scream and then, the stories vary a little. Some say that most drivers suffer a deadly car accident shortly after this and others say that the child’s look will never leave the driver’s mind and they suffer traumatic events for the rest of their life.