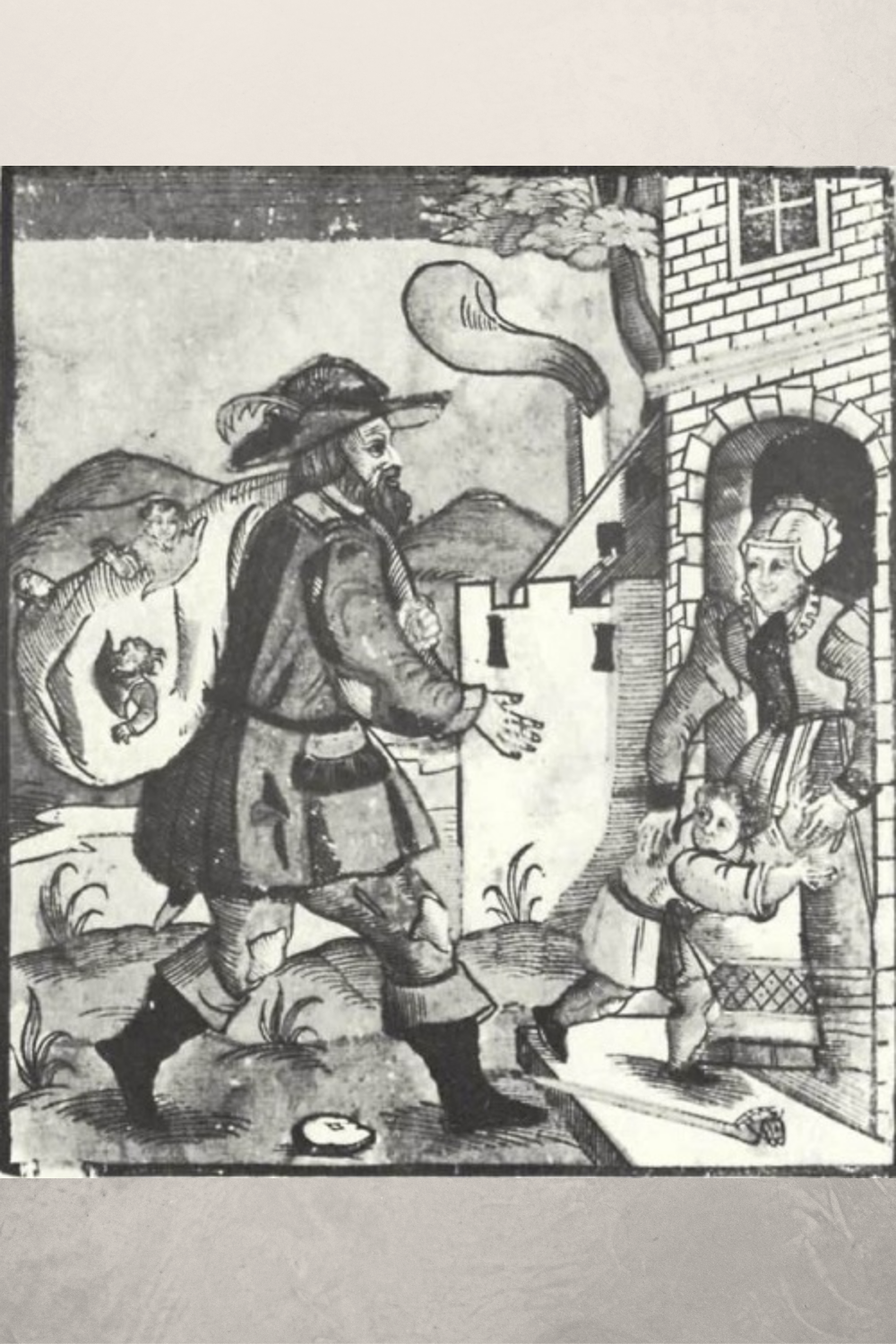 El Hombre del Saco is a boogey man tale mostly heard in Spain, though it can be heard in other parts of Latin America too.

In Mexico, El Salvador, Guatemala, Honduras, it isn't as common because el Cucuy or EL Coco is more commonly told there. There is an actual crime that took place, which inspired the legend to spread even further.

El Hombre Del Saco in Spain, is depicted as an old man, with a large bag, he uses this bag to kidnap children. He is ugly, skinny and eats the children he kidnaps. Usually children that misbehave. In Brazil and Portugal, he's a tall, scary looking man that collects mean children, for evil purposes. In Chile and Argentina, el Viejo del Saco is depicted as an old man that walks around neighborhood during dinner time, looking for children, he is a psychotic murderer that society has allowed to take children that are disappointments or children that are not home by dinner time.

The Crime of Gador:

The crime that inspired this story to spread occurred in Gador, Andaluisa, Spain, in 1910. At the time, it was believed that drinking the blood of a child and using their body fat to spread over the body cured Tuberculosis.

Francisco Ortega (nicknamed el Moreno, the moor) had just been diagnosed with Tuberculosis and he was desperate to find a cure. He went to see a curandera (healer) named Agustina Rodriguez and she sent him to Francisco Leona, who was a barber and curandero (healer). Leona told Ortega he would cure him for 3000 reales, which at the time was like 13,000 dollars now. Leona then went to Agustina Rodriguez's son Julio el tonto (the fool) Hernandez. Julio then told Leona that they could find a child for the cure.

On June 27th, 1910, Leona used chloroform to drug Bernardo Gonzalez Parra, a 7 year old child. After drugging him, Leona placed him in a sack. The brother of Julio el tonto went to get Ortega, to tell him they had the child.

After that, they took Bernardo out of the sack, and Bernardo, who was still dazed and confused from the chloroform, was then stabbed by Leona. Ortega then proceeded to mix Bernardo's blood with sugar and drink it. Poor Bernardo was still alive during this, after that he was taken to a place called Las Pocicas and here, Leona murdered him by crushing his skull with a rock. Leona then removed body fat from Bernardo's body to use on Ortega.

Once this was done, they hid Bernardo's body in a crevice and covered it with herbs and stones.

Leona tried to skimp on Julio and not give him his cut, so Julio went to the authorities and disclosed that he found the body of a child while bird chasing. When officials arrived to take Leona into custody, the town was ready and gave him up. During court proceedings, Leona indicted Julio and Ortega and Julio did the same. All 3 received death sentences. Julio el tonto was later pardoned on grounds of insanity after a psychiatric report.

It is also said that before the murder of little Bernardo, the origin of el hombre del saco can be traced to the 15th and 16th centuries, when a man was in charge of collecting babies to take to orphanages. This man would place them in a bag or wicker basket. Babies usually died in transportation, before reaching the orphanage.