The Legend of El Cipitio 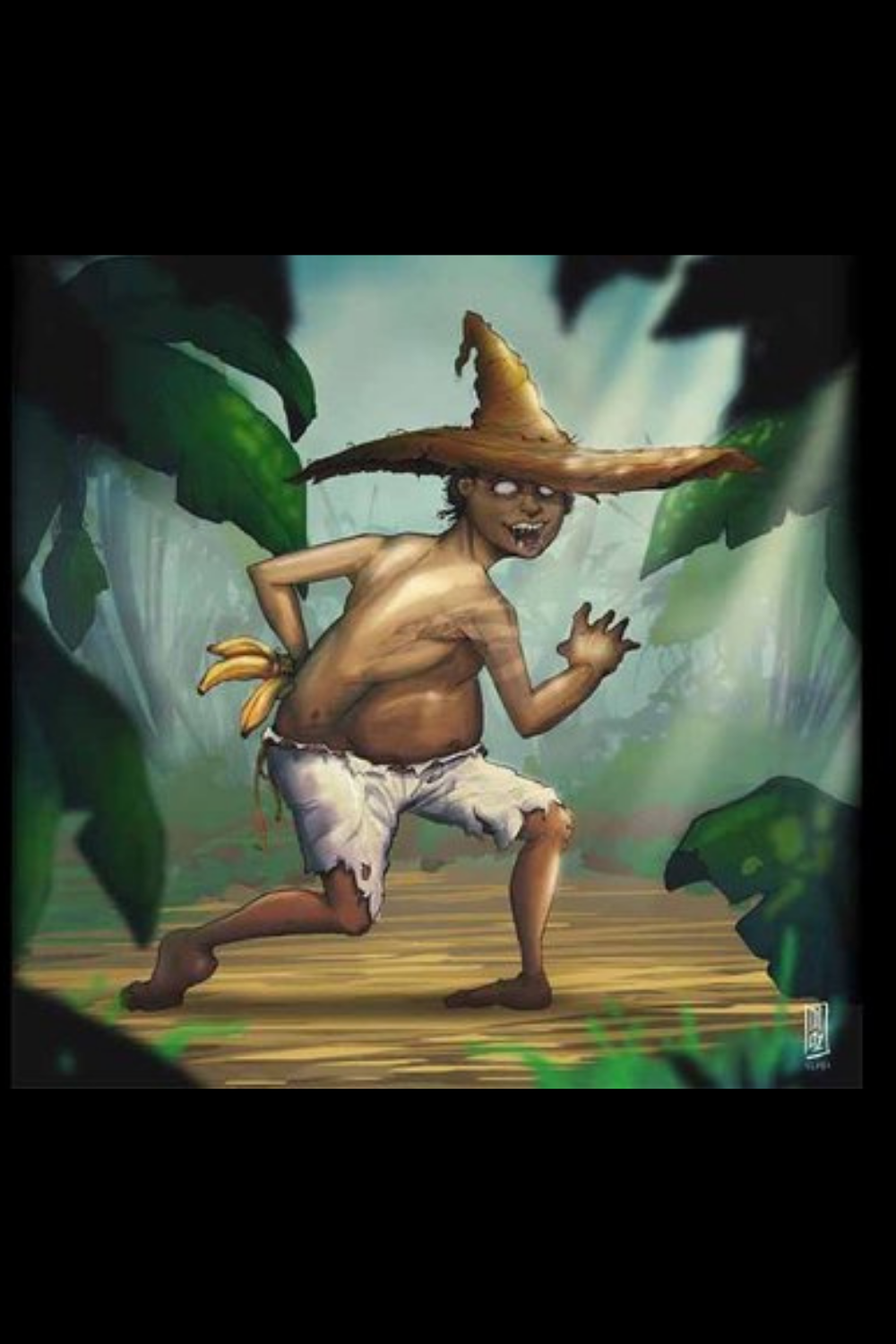 The legend of El Cipitio can be heard in El Salvador.

El Cipitio is the son of La Siguanaba. When his mother was cursed for eternity, he too was cursed. He was to remain a child forever, some say with the intent to taunt La Siguanaba. He is a benevolent creature, one that is just mischievous, sort of trickster.

He has the appearance of a young child, about 8 to 10 years old, he wears a huge hat and backwards feet, making it impossible to track him down. He loves to wallow through ashes and eats them too. He hides in bushes, by rivers and creeks, waiting for young women who take baths there, he throws compliments, flowers and rocks occasionally. His huge belly derives from malnourishment and his love for eating ashes, which he had to do because his mother, la Siguanaba, neglected him. He is often depicted eating bananas and is said to have the ability to teleport from place to place.

Adults cannot see him, but little kids can. If el Cipitio chases you, you must eat on a toilet to get rid of him, because he hates disgusting habits.

His name is derived from the word cipit or cipote, meaning child.

While most depictions of him claim he is benevolent, obnoxious and a trickster, one story, says otherwise. He is said to trick young girls into following him and they then go missing forever. He lives in a cave in San Vincente, by a volcano called Chichontepec.

There was a TV show in El Salvador where el Cipitio teaches kids life lessons and all about morality, does this make him the Salvadoran Mr. Rogers?