The Legend of La Siguanaba

The legend of La Siguanaba can be heard in El Salvador and most of Central America.

In Honduras she is known as La Cigua and in Costa Rica as Cegua. Her legend is also known in Mexico, but somehow has become tied/conflicted with la Macihuatli or X’tabay, which means Horse-Faced woman, which might be two different but similar stories. 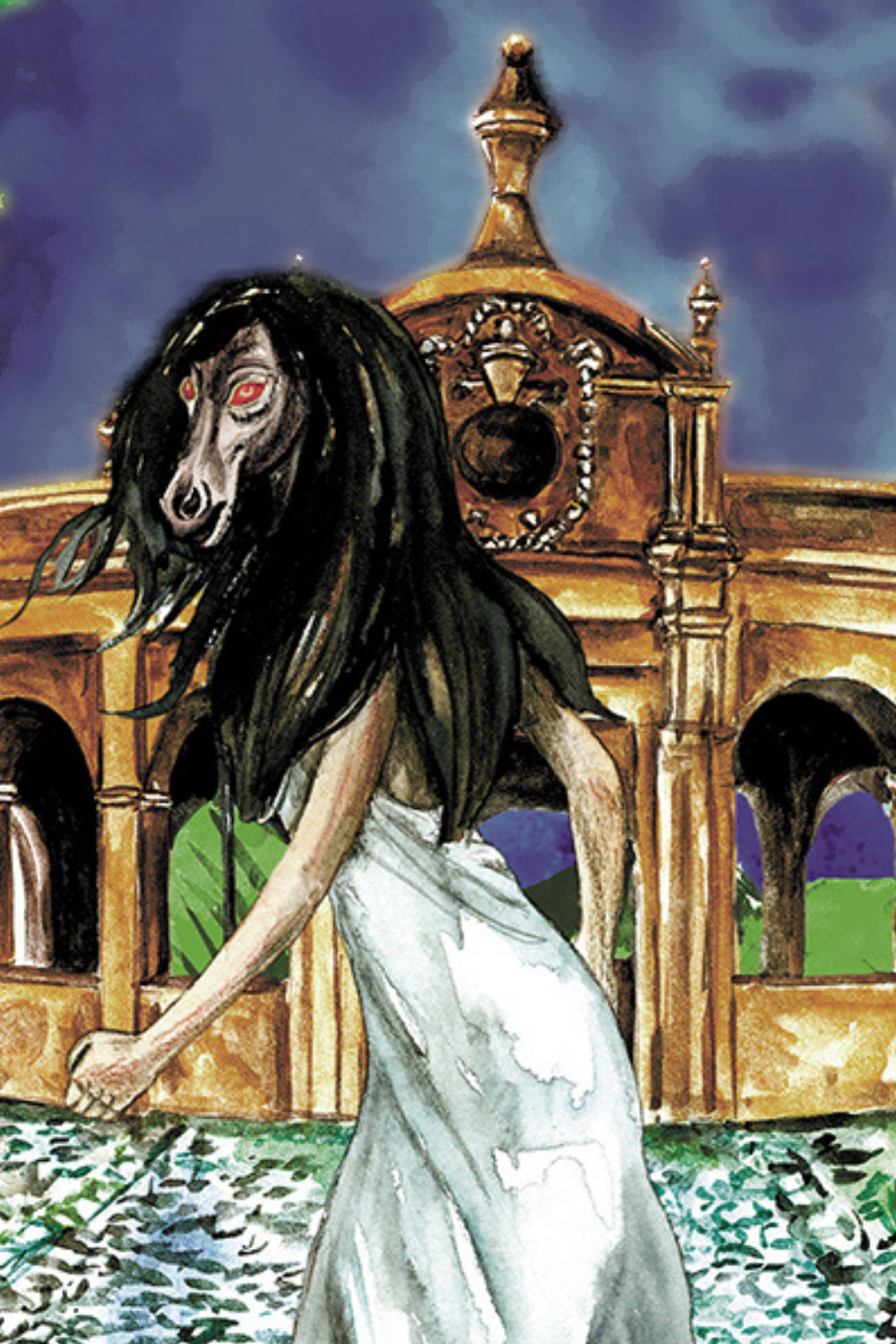 In El Salvador, according to legend, she was originally called Sihuehuet, which means beautiful woman in Nahuatl. Legend tells that she used her charms and with help from a bruja, she got the prince, Yeisun to marry her. Yeisun went to war and Sihuehuet took this time to have affairs and of these affairs, she birthed a child, known as el Cipitio.  El Cipitio’s father was a God called Lucero de la Manana (Lucifer Morningstar).

Now here the legend differs a little, some versions say that Tlaloc (father of Lucero de la manana) discovered that Sihuehuet would leave his grandson alone to meet with lovers and for that he cursed her, so that when she was first seen, she appeared to be beautiful but when she turned around, she became a horrible horse faced woman. She was cursed to wander the countryside, preying on mujeriegos (men that sleep around). Men would see her, often naked or in a see-through gown, and follow her, then she would turn around and frighten these men to death with her face.

Other versions of the story say that Sihuehuet’s affair with el Lucero de la Manana was an insult to the god of Gods, Tlaloc. Sihuehuet decided to get help from a witch to poison Yeisun, take the throne and give it to el Lucero de La Manana and this was to take place during a festival. So Yeisun drinks the poison, but it doesn’t go well and instead of dying, he turns into a giant two-headed monster and kills everyone in the festival, guards at the event eventually manage to kill the two-headed monster.

Yeisun’s father finds out what happened to his son, and begs Tlaloc, the  God of gods, to help him avenge his son. Now, Tlaloc is already out to get Lucero, so he takes this chance to do it. He curses Sihuehuet’s son, Cipitio, to live forever and turns his feet backwards and turns Sihuehuet into la Siguanaba, which means hideous woman.

She will from then on roam the countryside, cursed for eternity.

When men look at her, they are supposed to die, but if they live, she touches them, they go insane. After they go insane, she leads them further away from where they saw her, causing them to lost forever.

A Guatemalan version of the legend says she was a young woman, who was forced to marry a man 40 years older than her and that man cursed her, turning her into la Siguanaba

In order to save themselves from la Siguanaba, men must bite their cross or medalla. They  can also pull her hair and that will scare her into running away. They can yell “no te vas a ir Maria, pata de gallina” 3 times, which in english is translated into "you are not leaving, crabgrass Maria" and these words will cause her to flee. Other versions of the legend states that a man must bite a machete to save themselves from the wrath of La Siguanaba.