Your house is supposed to a place of comfort and peace, but that is not possible when it is haunted. Here is a list of three terrifying haunted houses in Latin America. No one lives in these, but they can be visited today. 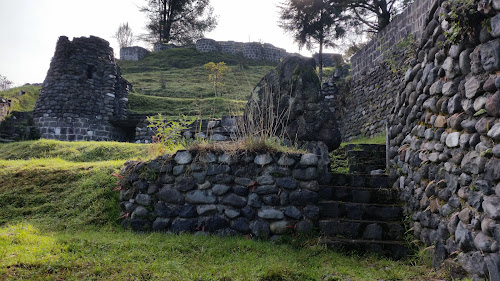 El Castillo del Gringo Loco (The Crazy Gringo's Castle) is an unfinished castle in a nature preserve in Sanquolqui, Ecuador. It is full of legends and tales of horror. There are different versions of the legend, that all end in death. A tunnel system can be found underneath the castle, adding to its eeriness and mystery. It is said the tunnels were made by the man who built the castle.

According to legend, a French WWII veteran was looking for a fresh start after the atrocities of war and he moved to Sanquolqui, Ecuador. He began building the enormous castle. He was suffering from shellshock, what we all know now to be PTSD and this led him to earn the nickname "El Gringo Loco" by the townsfolk (super problematic, but it is an old legend).

In some versions of the tale, the Frenchman brought his family with him and in others, he lived a solitary life.

The Frenchman and his wife lived happily in their castle and the wife got pregnant with twins. They were super happy, until everything went wrong. The wife lost the babies and suffered from hallucinations. One night, she awoke and thought she saw her babies dragging themselves across the floor. She followed and followed, until she ended up deep in the caves, where she died of suffocation. The man then found her and lost his mind. They say he never left the tunnels and can be heard crying for his wife.

In another version, the daughter (there's only one) broke her leg playing in one of the caves and called for her mom. Her mom followed the daughter's voice but the tunnel grew more narrow, the deeper she went. She found her daughter in the most narrow part of the tunnel and they both became trapped there, eventually dying together. The man went down there looking for them and after finding their bodies, he died by suicide.

In 1991, a group of friends went into the caves and 4 of the friends from this group decided to write their names on the walls of the cave. They wrote their names in red and backwards, against the protests of their friends, who believed that this would disturb the spirits. 4 days later, the 4 teens that wrote their names down, died in an accident. It is said this occurred due to being cursed by el Gringo Loco.

Weird things can be seen and heard in the tunnels.

One day, one neighbor was bored and drinking with his friends and after a few drinks, they decided to venture into the caves of El Castillo del Gringo. They nearly died of fear from what they saw. They saw the rotten head of a goat hanging inside the cave, as if it were used for a ritual. They also saw the underwear of a woman, also as if it were used for a satanic ritual.

There's a heavy feeling in the tunnels, it is said that screams can be heard at all times during the day and nearby neighbors claim that there are evil entities roaming the tunnels.

The legend of La Casa Matusita takes place in Peru and is considered one of the most haunted places in Latin America.

During Colonial Peru, a Persian woman named Dervaspa Parvaneh immigrated to Peru from Europe. Locals began to grow suspicious of her, believing she was a witch.  She had no family, friends or social connections,  so she was called a bruja (witch). She was only ever known to be a healer and help the sick. Once the Spanish found out, they arrested her. She was tortured and confessed to practicing witchcraft. She was sentenced to death and according to legend, she was burned at the stake and cursed the location where she was killed.

Many years later, a rich man built a house on the spot where she was killed. This rich man had a lot of influence in the city. He was known for being a very cruel man. He treated his servants like they weren’t human. For this reason, his servants began to plot against him.

One day this rich man invited his friends over for a dinner party. The rich man's guests were encouraged to treat the servants like he treated them and they began mistreating the servants too. The servants decided enough was enough and wanted to give their master a taste of his own medicine. They added a hallucinogenic plant to their master and his guests' drinks and waited outside for the drug to take effect.

La Casa Matusita was abandoned for almost a century. It was later purchased by a Japanese Immigrant named Mr. Matushida. Matushida and his family moved into the second floor, which served as the family’s residence and the first floor was turned into a shop. One day Mr. Matushida came home early from running errands to discover his wife, in bed with another man. He grabbed a knife from the kitchen and murdered his wife, her lover, and his two children before killing himself.

A shopkeeper moved in to the house after this and reported strange noises coming from the second floor. He contracted a priest to perform an exorcism on the house. The priest made his way to the second floor but within minutes of entering, he began to scream that he was hearing voices. He was later found. Now it doesn’t say if he was found alive or dead. Just that his screams stopped.

The most recent story happened in the 1960s when Humberto Vilchez Vera, an Argentinian comedian made a bet that he could spend 7 days in La Casa Matusita. This is where things get a bit murky, some people say after four hours and others say after four days. Humberto Vilchez Vera did not spend the full 7 days. Neighbors called the police after hearing terrifying screams coming from the house. Police arrived and carried Humberto out of the house screaming, frothing at the mouth and speaking in tongues. He spent the next two years in an asylum. After he left the asylum he refused to speak about his experience in La Casa Matusita. In his autobiography Humberto denied ever stepping foot in the house. 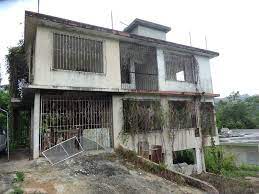 According to legend this abandoned house was once occupied by a wealthy family. They fell on hard times. One of their residents made a pact with a dark spirit, some claim demons or the devil himself. This deal, of course, backfired. Strange occurrences began happening and this family packed up their stuff over night and left. They left everything behind, including a fancy mustang.

Locals claim you can see shadows moving throughout the home, at all hours of the day. Screaming and laughter can be heard. The sound of someone hitting the railing on the stairs of this home can be heard. Tapping on the glass windows of the home can also be heard. Some people claim to see orbs.

This home is most known for having a vintage mustang that no one has been able to remove from the garage.  According to locals, on one occasion there was an attempt to remove the mustang with a crane, but the chain broke. Locals claim that multiple attempts have been made to remove this mustang and all have failed. Someone else has claimed that while peering into the mustang they felt an attack by an invisible force.

The mustang is in complete Deterioration. It’s rusted and the windows are gone. It looks like the shell of a car. And the home is being claimed by nature.

Would you enter any of these houses?