Many mines have a rich but troubling history, and mines in Mexico are no exception. One mine from Real de Catorce, San Luis Potosi, Mexico and Mina dos Estrellas, located in Tlalpujahua, Michoacan, Mexico are said to be haunted. 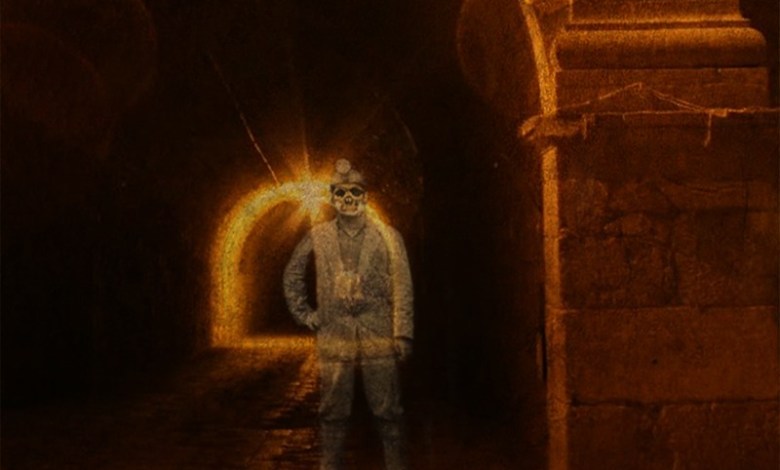 In the beginning of the 18th century, and into some of the 19th century the town of Real de Catorce, in San Luis Potosi, México was a thriving place, due to its many mines. After the Mexican revolution it became a ghost town. The town is once again inhabited and relies on the tourism of it's many mines. One resident, has always been there.

They say "El jergas" was once a miner, who died on the job. He would show himself to other miners who were alone, and since he was dressed like a miner, his appearance raised 0 suspicion. He would show them where to mine for the best metals and though most stories say he is good, some do say he would cause miners to be lost forever.

Some say he leaves the mines and frightens little children in the town. Others say that when the mines were still operating, workers had to leave in pairs, otherwise, a man dressed like a superintendent or foreman, would send that lonely worker back into the mine, deeper and deeper. Later other workers would realize that one worker was missing, and in pairs, they would return to the mine, searching. Eventually they always found the missing worker, and the missing worker would always be found sleeping by an excellent spot to mine. Workers never thought el Jergas to be evil for this reason. 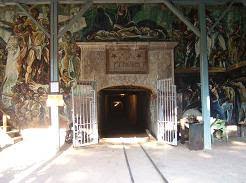 Surrounded by forest, Mina Dos Estrellas is located in the north eastern part of Michoacan near the municipality of Tlalpujahua. At the height of this mine, it produced both silver and gold. It had been a functioning mine since 1560.  Though it wasn’t mined correctly until the 1900s where it became the most profitable. This mine has now turned into a mining history museum that is opened to the public and is free during the day. Mina Dos Estrellas has a lot of history.

On May 17, 1937 a tragic incident occurred. It was mined for so long there was a buildup of toxic residue in the lake next to the mine. The lake became overfilled and ruptured, flooding the area. More than 300 hundred people died during this tragic event.

It is said that people see apparitions, and the people who died in this tragic incident still roam the mine and the surrounding area. Some people hear screams and see things move.

Mina Dos Estrellas was featured on MTV’s show ‘Fear’ and it was the only episode where all contestants quit because of the paranormal activity. None of them could finish their dares. It was the only destination two be featured twice in the show.

During the Museum's operating hours they allow visitors to tour the main tunnel. Some people do so at night. Those who do explore Mina Dos Estrellas at night say it is completely different. In an article by Anthony Wright (the author), he describes his experience while exploring Mina Dos Estrellas.

When he got there he met Salvador and his wife Mari. They had brought their son’s and some of their friends along to explore the mine.

One of the boys from the party goes to use the bathroom across their rooms. When he tries to leave the bathroom the door will not open. Now Anthony and everyone else already started exploring a bit when this happened. So it takes a while for someone to finally hear the boy. They go to try to open the door and it’s stuck. It seems to be locked. They try and try to pry this door open for an hour to no avail. They call the owner of the museum. The owner of the museum drives over to the mine with all the keys he has including the skeleton key. None of the keys worked and they had to kick the door down.

The owner Don Gustavo, was shocked. He couldn’t understand why the door was not opening. So after all this they decide to continue exploring. They go back to a room they had been in before prior to the bathroom incident and they realized that there was a bat in the room. According to Anthony the bat was deformed, he wrote:

“This creature, quite frankly, is one of nature's most grotesque productions, and the sight of it suitably grossed everyone out. Like some glistening rat embryo, it hung suspended from a corner, when suddenly it shot off at us, wings nightmarishly spread. A brief episode of pandemonium ensued as we escaped its manic swoops.”